An Orphan of the Illegal Hunting of Endangered Species 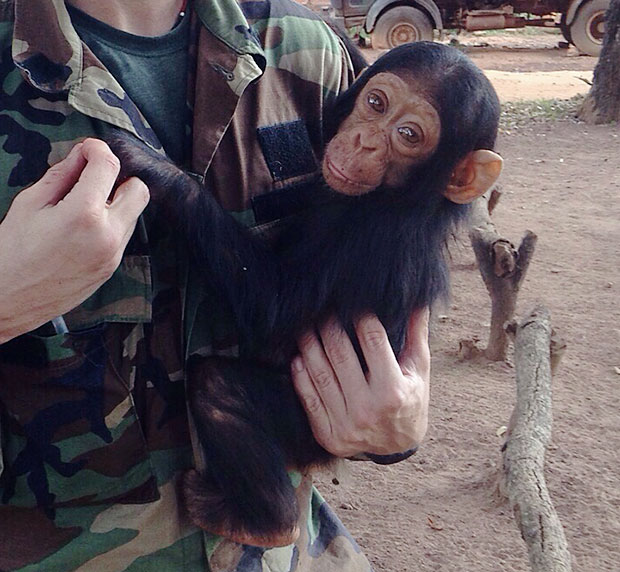 Can you imagine feeling your dying mother’s heartbeat fade away as you lay pressed against her chest? That is what little Misha felt.

PASA International received an urgent phone call from a woman whose friend in the Central African Republic had just found a baby chimpanzee who we now call Misha. Little Misha’s mother had been brutally killed by hunters so they could sell her body as bushmeat.

By the time he found Misha, villagers were abusing the orphaned chimp and keeping her in horrific conditions until she grew big enough to be slaughtered for meat. He was desperate to find a way to rescue this orphaned chimp but didn’t know what to do. he contacted his friend who called PASA.

We reached out to our network of member organizations across Africa, the PASA Alliance, who to action. Chimfunshi Wildlife Orphanage offered to give Misha a permanent home where she will receive a lifetime of loving care in a natural environment with an extended “family” of chimpanzees.

The call about Misha is just one of the hundreds of calls PASA receives about apes and monkeys living in terrible situations. Misha was one of the lucky ones. Without your donations, PASA cannot rescue and find homes for the countless animals who have been stolen from their forest homes and are now suffering in cages across Africa. Please save a monkey or ape from cruelty today.