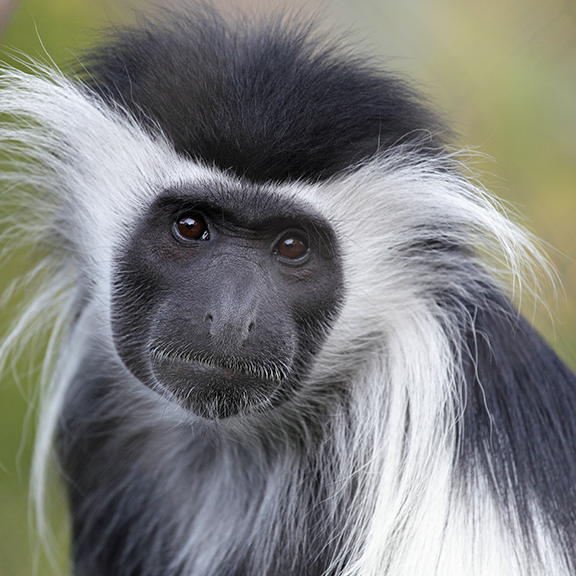 Many people in Africa and worldwide aren’t aware of the diverse problems facing Africa’s primates or how severe these problems are. Raising awareness is a crucial step towards inspiring and empowering people to protect our closest relatives from extinction. This is why PASA works with global education and conservation experts to develop materials and create conservation education programs that will reach both local and global audiences.

Not only do our member wildlife centers educate people in Africa about the importance of protecting animals and the environment, they also run community development projects to give local people new opportunities as alternatives to exploiting the forest and its resources.

The result is better livelihoods for villagers and more protection for the animals of the forests.

Giving local people new opportunities as alternatives to exploiting the forest and its resources results in better livelihoods for villagers and more protection for the animals of the forests.

Edutainment Films Program: Nature for Kids, a nonprofit organization in the Netherlands, has created a series of excellent films for African youth about protecting great apes and their habitat. These highly acclaimed videos are both entertaining and educational. Watch the trailer! They address topics such as eating ape meat, illegally hunting endangered primates, and destroying forest to extract timber and other resources.

PASA has partnered with Nature for Kids and we are collaborating with our member wildlife centers to distribute the Ajani films across Africa. In a pilot project, 75,000 people saw the films in two months in Cameroon on trains going to and from areas where people commonly hunt protected wildlife. Then through an agreement with Cameroon’s national television network, the films were shown nationwide to hundreds of thousands of people. PASA and our member organizations are now expanding the program to other African countries.

Cameroon Conservation Education Program: PASA is collaborating with our three member organizations in Cameroon and experts in Cameroon’s education system to integrate wildlife conservation into the national education curriculum. The goal is that all schoolchildren in Cameroon will learn the value of protecting wildlife and the environment!

In North America and abroad: Educating people throughout Africa is only part of PASA’s strategy to fight primate extinction. PASA advocates for our member organizations internationally, bringing our message of primate conservation and welfare to a global audience. We work on national and international scales that are broader than the working areas of our member organizations. Through social media and online campaigns, we share rescue stories from the field and other conservation news to engage diverse audiences with the plight facing our closest animal relatives.

Bushmeat Awareness Campaign: The illicit hunting of endangered species for meat has become the single greatest threat to the future of Africa’s primates. However, few people are aware of this crisis or the cruelty involved. Barbaric traps and snares are commonly used, and hunters often shoot down every adult in entire families of apes and monkeys. The babies who are too small to be slaughtered for meat are sold as illegal pets.

PASA’s highly successful campaign is educating hundreds of thousands of people worldwide about the horrors of the bushmeat trade, inspiring them to take action, and engaging them in a movement against the trade. Take the first step today: sign the petition against bushmeat trafficking.

You can help us empower communities to value and protect local wildlife and their habitats!  Your contribution will make it possible to train to African educators and bring environmental education to local schools and communities.  Donate now – give a future to Africa’s wildlife.