September 24 marks World Gorilla Day! This day is an opportunity to celebrate gorillas and take action to protect these remarkable African great apes. PASA – the largest association of wildlife centers in Africa – has members in Cameroon, Congo and Gabon which provide care and protection for gorillas in both sanctuary and rehabilitation settings. On this World Gorilla Day, we feature the work that these members do to rescue gorillas and protect their habitats. We also examine threats to gorillas and highlight what individuals can do to make a difference in the lives of these magnificent great apes. 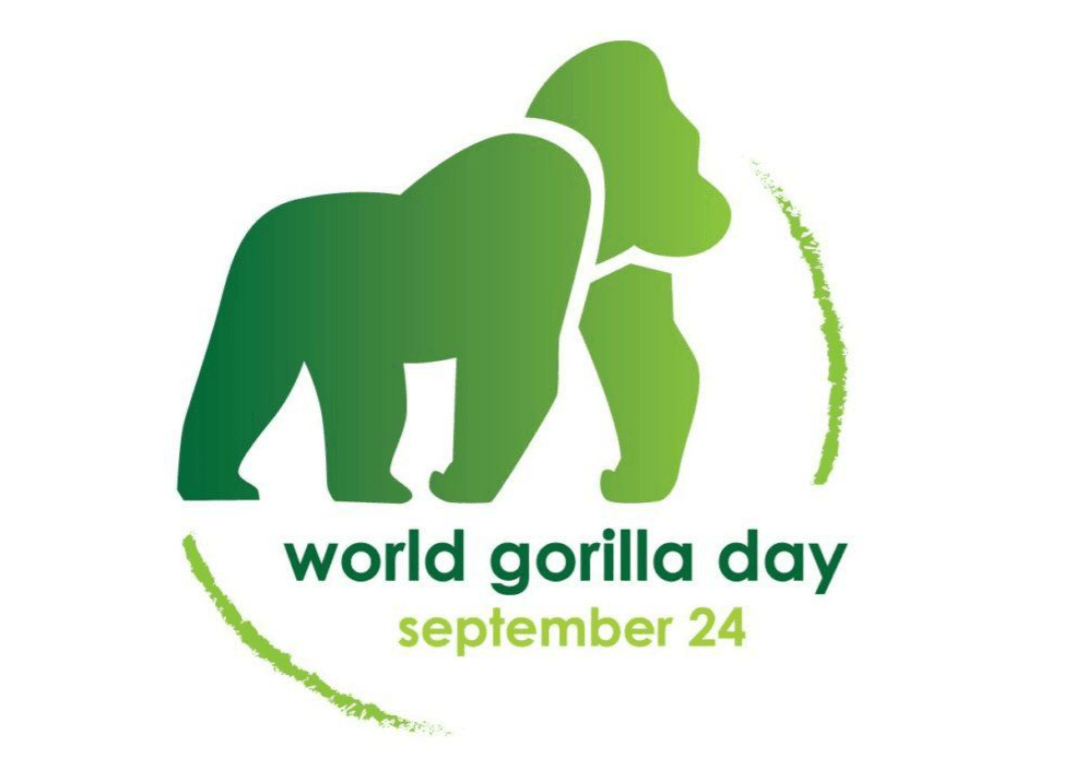 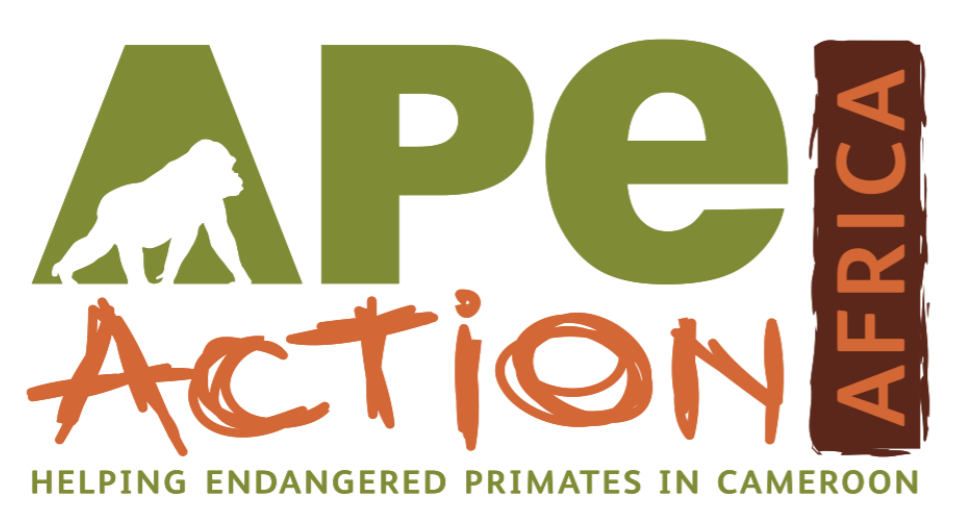 Ape Action Africa has hundreds of examples of amazing rescue stories. One notable highlight was recently achieved by releasing a gorilla into the wild. Learn more here:

The Limbe Wildlife Centre is a wildlife rescue, rehabilitation and conservation education project in Cameroon. This is a sanctuary not only for gorillas, but also chimpanzees, and many monkey species. In addition to their care and husbandry of these rescued animals, they also utilize conservation education in partnership with local Cameroonians.

In 2001, Limbe was able to rescue a female gorilla named Akiba. At that time she was approximately one year old. Akiba had spent six weeks with a hunter who was trying to sell her. After three days of travel by train and trucks and six weeks with barely any water provided, she arrived at the centre very tired, stressed and dehydrated. The dedicated staff at Limbe Wildlife Centre helped to nurse her back to health and provide a safe home for her.

Another incredible story is that of silverback gorilla Batek who was rescued in 2002 when he was three years old. He was badly wounded by the shotgun pellets that killed his mother. Thanks to the care provided by Limbe Wildlife Centre, Batek is now the strongest and biggest gorilla there! 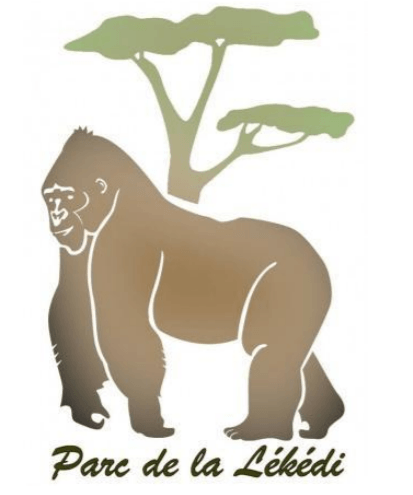 Parc de la Lékédi, located in Gabon on a 34,600-acre park of savannah and forest habitat, is a sanctuary that rescues gorillas and other primates. Parc de la Lékédi is a home to hundreds of different species of plants and animals, and seeks to preserve biodiversity. Within the park, there is a primate sanctuary and rehabilitation center home to gorillas that have been orphaned and rescued from the bushmeat trade. Whenever possible, the orphans are rehabilitated and returned to the wild. If reintroduction is not possible, they stay at the sanctuary for lifelong care.

Projet Protection des Gorilles has sites in both the Congo and Gabon. These projects reintroduce gorillas to the wild and fight the trafficking of baby gorillas. They work to stop the rapid decline in gorilla populations. Projet Protection des Gorilles has rescued over one hundred gorillas from the poaching and the bushmeat trade, and remarkably returned seventy gorillas back to the wild. They are working with governments to protect around one million acres within the unique savannah ecosystem of the Batéké Plateau which is home to many gorillas.

Gorilla orphans Loukoléla & Bomassa unfortunately lost their parents to the bushmeat trade. Today, they are doing well thanks to the dedicated care of Projet Protection des Gorilles. They will be nurtured until they are able to thrive in a protected area.

Projet Gorille Fernan-Vaz, located in Gabon,  rescues orphaned gorillas from the bushmeat trade for rehabilitation and eventual release back into the wild. They became a PASA member in 2011. The Loango coastal forest region of southwestern Gabon, where this project is based, is recognized as one of the most important and spectacular tropical ecosystems remaining in the world. This center includes a gorilla sanctuary, home to several orphaned gorillas who rely on humans for their care, and a rehabilitation program which focuses on maintaining the reintroduction potential of other gorillas.

A gorilla named Cessé arrived at the project in 2007 when he was only about two years old. He was found caged at a local market intended to be sold as a pet. Like all other gorilla orphans at Projet Gorille Fernan-Vaz, Cessé lost his family, home and freedom. Since being rescued, Cessé has formed a group with four other orphaned females.

THREATS TO GORILLAS & HOW TO HELP

As described, PASA member centers have saved countless gorilla lives. This work is fueled by donations and hard work of passionate gorilla champions! Indeed, every individual can make a difference, and gorillas truly need our help.

The two recognized species of gorillas – the Eastern and Western gorillas – which are separated by hundred of miles of Congo Basin forest, include subspecies deemed either endangered or critically endangered. On this World Gorilla Day, we hope you will take time to reflect not only on the beauty of the majestic gorilla, but also take action make a difference for these great apes.

Gorillas face numerous threats in the wild. As illustrated by the above highlighted rescue stories from PASA-members, one of the biggest threats to gorillas is the bushmeat crisis, which is the illegal, unsustainable hunting of wild animals. Gorillas are protected by national and international laws which make it illegal to kill, capture or trade in live gorillas or their body parts. Unfortunately, despite these gruesome practices being banned, these occurrences still take place and as a result gorilla populations are declining. PASA members have made numerous rescues of animals faced with this plight. By supporting PASA, you are saving lives.

Disease is indeed another great burden that gorillas face. As we are so familiar with during today’s COVID-19 pandemic, zoonotic disease can be a significant threat across species. For years, the Ebolavirus disease has decimated gorilla populations, particularly in the Democratic Republic of the Congo. This year, due to the COVID-19 outbreak, PASA member centers face unprecedented challenges. Many of these centers have lost the funds and assistance from volunteers or ecotourists that allow them to complete their critical primate conservation, husbandry and medical needs.

Another significant threat to gorillas is the mining of coltan. Coltan is a metallic ore which is mined from the forests where gorillas live. Harvesting this mineral leads to major habitat destruction and often an increase in illegal bushmeat. This is especially impacting the Grauer’s gorillas in the Democratic Republic of Congo. Coltan from these mines is used in several electronics that many people use regularly. One way to protect gorillas is by recycling cell phones and other electronics such as laptops and cameras. By recycling these electronics and lobbying for companies to ensure that mining sites do not hunt bushmeat and are conflict free, consumers can make a significant difference in the lives of gorillas.

Also, it is critical to recognize that primates are not pets. The illegal pet trade has caused population decline across primate species and other wildlife. It is estimated that up to 15,000 primates are being kept as pets. These animals suffer greatly. When hunters obtain animals from the wild to sell as pets, often entire social groups may be killed in the process of obtaining an animal. Animals may also be killed and sold for bushmeat in the process. These animals belong in the wild. Read more and sign our petition here: https://pasa.org/petition-to-end-social-media-support/.

Undoubtedly, gorillas face many threats, and unfortunately most of them are caused by humans. The good news is that through awareness and efforts at individual, local and international levels, these threats to gorillas can be reduced. By understanding these threats and making wise personal and consumer choices, gorillas can be protected. Support for PASA, the largest association of wildlife centers in Africa, with 23 members in 13 countries, can help secure a future for Africa’s primates. This World Gorilla Day marks a moment to reflect on the magnificent gorilla and take steps to make a difference in their lives.