Why Monkeys Don’t Belong in Your Living Room

Baby chimpanzees aren’t the only primates that are targeted in the illegal pet trade.

It’s hard not to be charmed by an adorable monkey. However, some people take their admiration too far and choose to purchase monkeys as pets. According to the Humane Society of the United States, the exotic pet trade is a multi-billion dollar industry, and one of the largest in the world after drugs and weapons on the black market. While chimpanzees and other great apes are increasingly viewed as poor pet choices, smaller primates such as guenons, marmosets and macaques are still perceived as more manageable. The use of monkeys in social media, TV shows, movies, greeting cards and advertisements perpetuates the idea that monkeys are suitable pets. After all, how hard can it be to care for a baby monkey?

Caring for a monkey presents the same challenges as caring for a great ape. People may choose to purchase a pet monkey out of empathy and love for the animal, but their misguided actions lead to a traumatic life for the creature they sought to care for.

• Monkeys are taken from their mothers hours or days after birth to be sold in the pet trade. Not only is an early separation distressing for both mother and baby, but it also deprives the baby of the chance to learn how to interact with others of their kind. Monkeys require dedicated care from their mothers for lengthy periods of time, during which they learn valuable social skills that help them to integrate into their troop. Being taken from their parents to be sold as a pet robs them of these lessons, making it extremely difficult for them to join other groups of monkeys later in life.

• All primates, big and small, have complex social, physical and psychological needs that require expert care. Monkeys are social creatures that require constant interaction with their own species as part of a large group. They need space to climb and play, a proper diet, and lots of mental stimulation. Inadequate living conditions that are missing these elements can lead to self-destructive, neurotic behaviors or depression.

• As monkeys grow older, their natural behaviors can lead to unpredictable aggression – even towards the humans that have raised them. Many owners become frustrated and scared as their pet monkey reaches maturity. Adult monkeys are stronger than they look, and their sharp teeth can cause injuries to their human owner if the monkey becomes frightened or surprised. Diseases and illnesses can be spread between humans and monkeys, such as internal parasites, tuberculosis and the herpes B virus. All of this often leads to owners searching for a new home for their pet monkey.

• Pet monkeys are given to sanctuaries, where they may struggle to integrate into peer groups. Once a monkey grows out of its adorable adolescence, they become unmanageable adults that need to be rehomed. Monkey owners may feel that monkey will lead a happy life once they arrive at a sanctuary, but sadly this is not always the case. Pet monkeys have not learned the essential social skills needed to properly communicate with other primates, leading to rejection or even attacks from their groupmates. This means further isolation for the former pet. Sanctuary staff must spend considerable time integrating that monkey into a social group. Resocialization can take a very long time.

Many people who own monkeys feel a deep sense of connection and empathy for the animal, but it is important to remember that being a pet is detrimental to even the smallest of primates. If you want to help care for monkeys, there are ways to do so without bringing one into your home:

• Symbolically adopt a monkey at a reputable sanctuary. Many PASA sanctuaries, such as the Vervet Monkey Foundation and Colobus Conservation, offer the chance to symbolically “adopt” a monkey to provide it with expert care.

• Spread the word about why monkeys are not good pets. If a celebrity purchases a pet monkey or a viral video shows a monkey in someone’s home, take it as an opportunity to help educate others. The monkey pet trade will only end when people understand that monkeys don’t belong in human clothes, tied on a leash, or in someone’s house. They deserve their chance at a happy, fulfilling life. 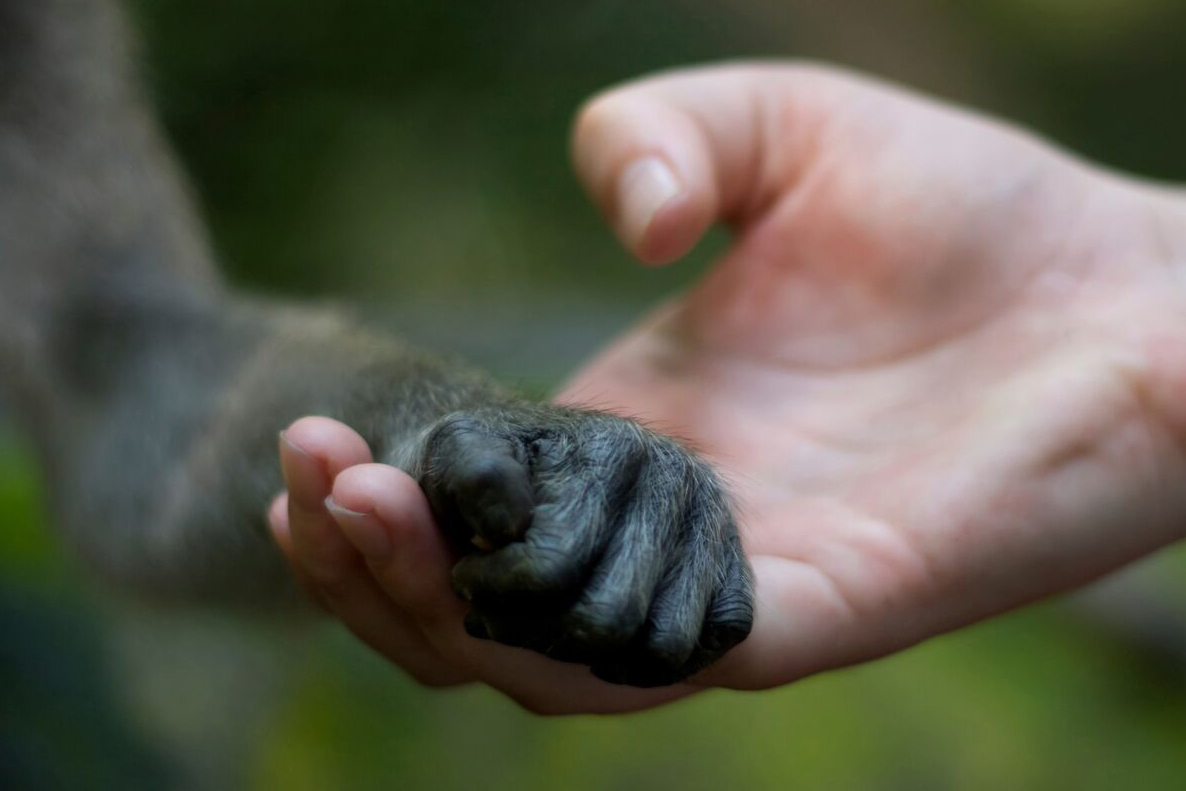 Keeping a monkey as a pet can lead to unpredictable, even dangerous results both for you and the monkey. 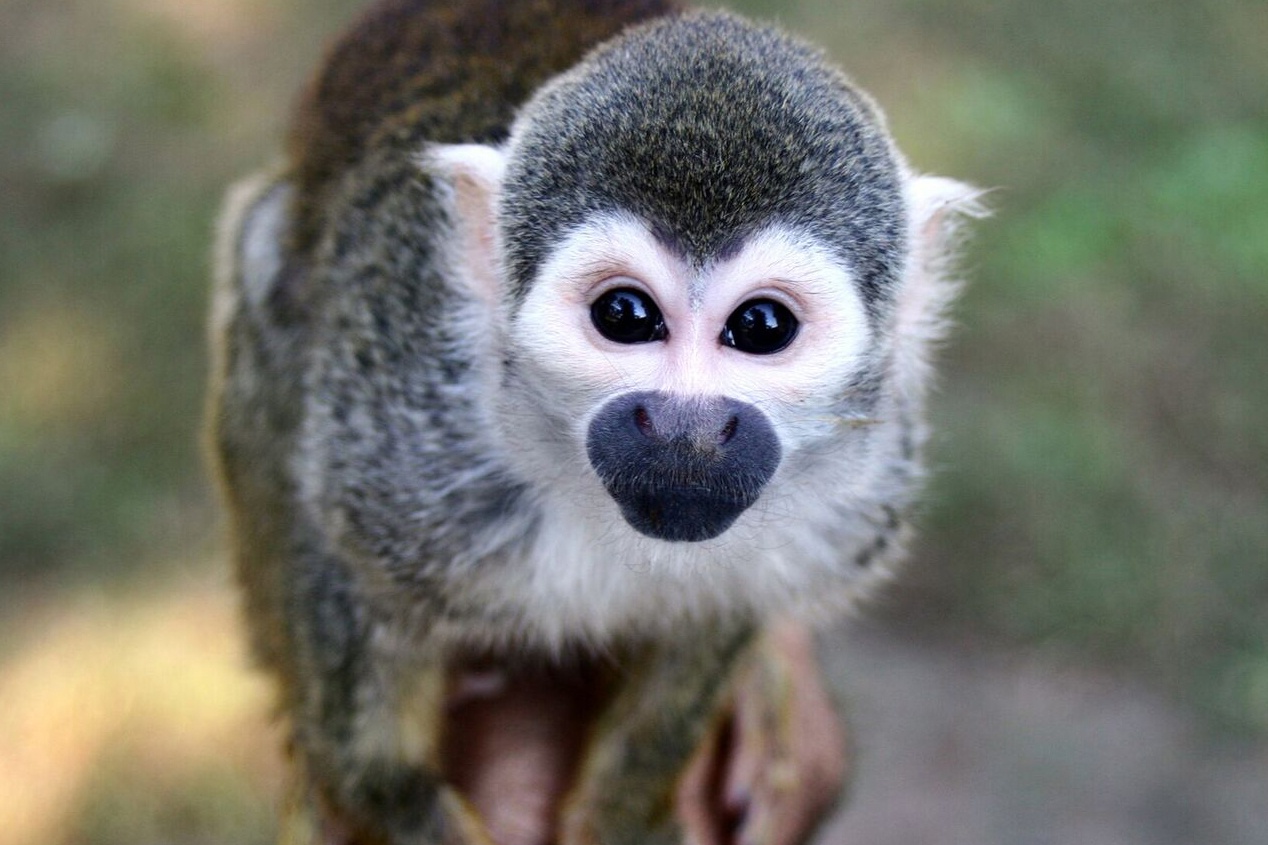 Small primates are frequently victims of the growing pet trade.