What can you accomplish by donating to PASA?

You make it possible to rescue great apes and monkeys and protect them from extinction.

Thanks to generous people like you, the Pan African Sanctuary Alliance (PASA) has been rescuing and protecting African primates since its inception in 2000. With an ever-increasing need for wildlife rehabilitation centers, new facilities were being created and independently figuring out how to solve many of the same challenges. While Africa contains a huge diversity of cultures and histories, there are consistencies across the continent that have created the same hurdles for most of the sanctuaries. For example, extreme poverty leads to a need to seek other sources of income and nutrition, such as selling wildlife into the pet trade or for bushmeat. A lack of educational opportunities creates a strong need for public outreach in most regions of Africa. Having a limited financial income to care for wildlife with specific needs requires an endless amount of creativity. Additionally, with such limited financial resources, when disaster strikes, these sanctuaries have no one to turn to for help.

Although the Pan African Sanctuary Alliance started as a way to connect primate rehabilitation centers, it has grown substantially over the years and now PASA strengthens its members in more ways than ever.


Of course, a primary goal of PASA members is rescue primates from the illegal wildlife trade and the bushmeat trade, provide a safe haven, and in many cases, provide a permanent home. The connections in the PASA family enable rescue efforts to be organized and facilitate transferring rescued primates to sanctuaries. For example, in April of this year, a good samaritan in rural Angola noticed an awful sight: A young female chimpanzee named Leila chained to a tree in a park, abused, starving and suffering. John Grobler, a journalist working in the area, took the initiative help her, and through support from the PASA family, this young chimp will soon have a permanent home at PASA member sanctuary Chimfunshi. After Leila endured years of suffering, we’re now helping to organize the logistics of transporting her 700 miles to a wildlife center where she can have proper care, nutrition, and a natural social group. Read the details of the story here.


Sometimes the dangers that threaten our wildlife are also risky to us, as is the case with the bushmeat trade. This is the leading threat to great apes in many West African countries as well as the Congo basin. While some of the demand for illegal wildlife meat is from people trying to find sustenance, the majority of it is from commercial hunters who are opportunistically hunting any animal they happen upon, and who sell the meat for profit. There is a worldwide demand for bushmeat, with an estimated 180,000 pounds being smuggled into the United States each year alone.

Consumption of bushmeat is a common source of outbreaks of Ebola in humans. With recent outbreaks of the deadly Ebola virus occurring across Africa, we are not only losing our wildlife by allowing this illegal trade to continue, but risking our own lives as well. Ebola is as deadly to great apes as it is to humans and it can be contracted by coming into contact with contaminated meat. Even scarier, the Ebola virus is just one of the diseases out there that can be transmitted between apes and humans. PASA members educate African communities about the risks of the bushmeat trade. Meanwhile, PASA is actively working to convince U.S. customs to better protect against the illegal import of bushmeat through our online petition.


Another vital way that PASA supports our members is by providing financial assistance and other support in the event of an emergency, which unfortunately can happen suddenly at any of the sanctuaries. From political instability to natural disasters, PASA will provide an emergency grant with quick turnaround so a sanctuary can continue its work in the face of catastrophe. For example, in January 2017, 52 chimpanzees and 25 people were left without safe drinking water at the Chimpanzee Conservation Center in Guinea when their solar powered water pump broke down. With no choice but to purchase a new pump, CCC was in a financial crisis and needed immediate funds to cover basic costs, such as food and medicine. PASA provided rapid support. 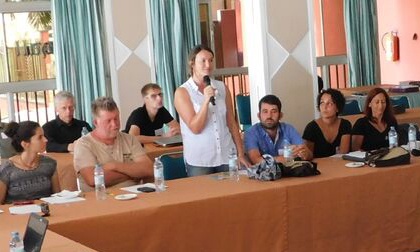 
Staying true to one of our main objectives, PASA holds an annual conference for our member wildlife centers and provides financial support to make it possible for the director of each sanctuary to attend. In September 2017, all PASA members will come together in Zambia to share ideas and experiences and to acquire new skills. The costs to PASA include airfare, a hotel room, transport within the country and food for dozens of people, making it an expensive endeavor. However, it is well worth the cost as the conference strengthens the capacity of PASA members, making them more sustainable and enabling them to more effectively protect primates and their habitats.

All these achievements are only possible because of the support of generous people like you. Thank you for everything you do to rescue Africa’s great apes and monkeys and protect them from extinction!

Please donate now to help rescue the next chimpanzee in need! 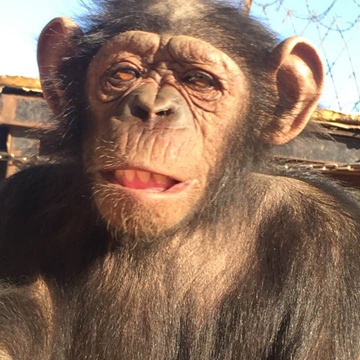 After years of abuse, Leila has help. PASA is arranging transportation to a wildlife center 700 miles away from rural Angola. Here she can have proper care, nutrition, and a natural social group. 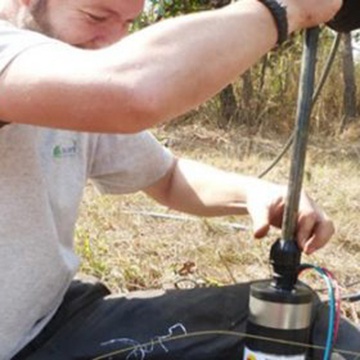 When a broken solar water pump left 52 chimpanzees and 25 people without water at the Chimpanzee Conservation Center in Guinea, PASA was there with immediate financial help.