What Does it Take to Create a Chimpanzee Sanctuary from Scratch?

An on-the-ground look at the founding of a new chimpanzee sanctuary.

There is no one ‘right’ way to establish a wildlife sanctuary, but each method comes with its fair share of obstacles and it is something that cannot be done alone.

After volunteering for the Chimpanzee Conservation Center (CCC) in 2015, I knew that I wanted to continue working, in some capacity, towards the conservation of chimpanzees in West Africa. I thought, who better to contact than Estelle Raballand, a woman who has already helped found two chimpanzee sanctuaries in West Africa, including CCC?

Because she had already spent several decades living in the Guinean bush at the sanctuary she founded, she was unable to commit to several more decades in West Africa after just settling down in France after a long hiatus.

Having been involved in various animal welfare projects within Côte d’Ivoire for several years, Estelle was familiar with the complex situation on-the-ground. Without a chimpanzee sanctuary in the country, any chimpanzees confiscated from the illegal pet trade were sent to the Abidjan Zoo, which was acting as a de facto sanctuary. Unfortunately, they do not have the adequate resources to properly care for rescued animals.

In mid-2017, Estelle and Sarah Crawford, an American NGO worker, decided to assemble a team to begin the process of establishing a sanctuary. They reached out to several individuals, all of whom were expatriates who would be in Abidjan for at least another year. I was very fortunate that I contacted her around this time to hear about the endeavor and volunteered to relocate to Côte d’Ivoire to help out!

Here is my take on the process to establish a great ape sanctuary from the start: 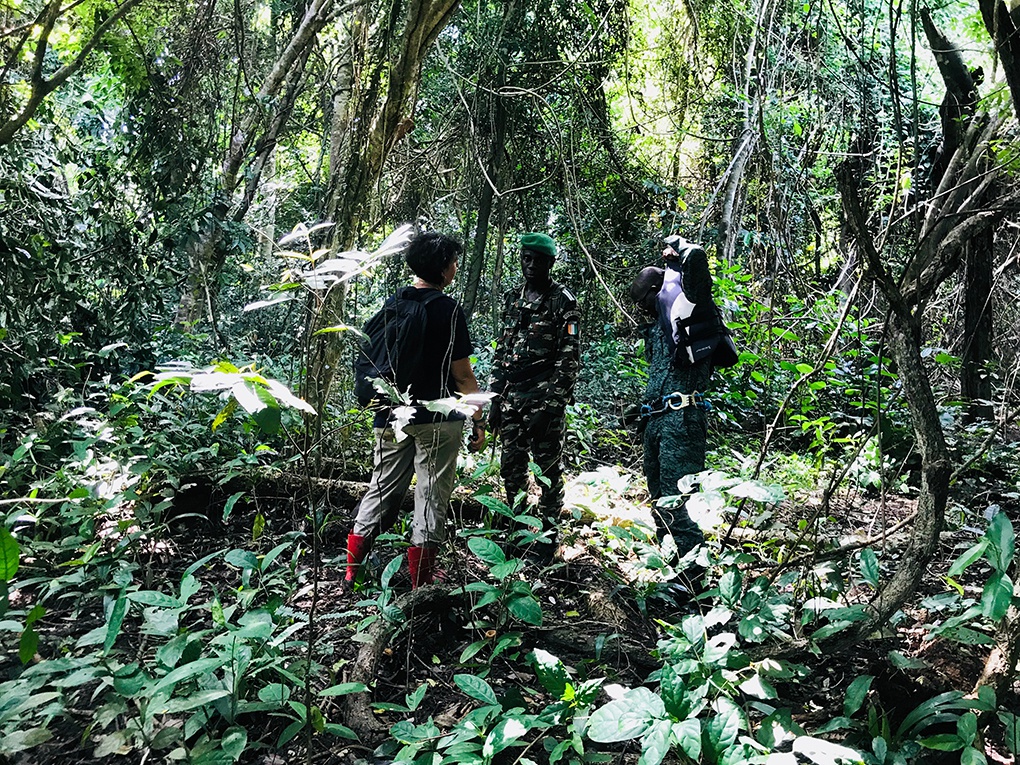 A baby chimp enjoys a snack at Chimpanzee Conservation Center, the first sanctuary that Estelle founded.

← Adventuring Responsibly: How to Help (and Not Harm) Wildlife While Traveling Why Primates Have Never Belonged in the Entertainment Industry →
PASA