Veterinarian for PASA Sanctuary also Helping to Save a Species

Time is running out to prevent the northern white rhino from disappearing forever.

In the heart of Kenya, just four hours north of the capital Nairobi, is the Ol Pejeta Conservancy (OPC). Here you will find Sweetwaters Chimpanzee Sanctuary, a PASA member with 38 rescued chimpanzees that have 300 acres to roam. There is a lot of other conservation magic happening at the OPC, such as being home to the largest black rhino sanctuary in east Africa, offering many educational outreach programs and teaching local communities to farm with minimal effect on wildlife. One of their biggest current ventures is saving northern white rhinos from extinction. At present, there are only 3 northern white rhinos remaining on the planet and all are residing at the Ol Pejeta Conservancy. Due to the rapid increase in demand for rhino horn on the black market in some Asian countries and the value of these animals, these rhinos are under armed guard 24/7.

Dr. Stephen Ngulu is the head of Sweetwater Chimpanzee Sanctuary, as well as a veterinarian for the Ol Pejeta Conservancy. His patients include a wide range of wildlife, from chimps rescued from entertainment to injured reptiles. He also provides medical care for the three northern white rhinos and is involved in research to save this dwindling subspecies.

This past October, Dr. Stephen Ngulu traveled to the San Diego Zoo in California, United States, where he worked with an international veterinary team to discuss the risky procedure of in vitro fertilization (IVF) in rhinos. This process involves extracting eggs from a female rhino, collecting sperm from a male rhino, and then using the sperm to fertilize the egg in a laboratory. After this, the resulting embryo would be implanted into the uterus of another female rhino. They plan to use frozen semen collected from several northern white rhinos in captivity that have since passed. The only remaining living male northern white rhino, Sudan, age 44, has reached an age at which he is no longer able to contribute to the project.

While this technology has been used for years to assist with human reproduction, it is a complicated process and has never been completed in rhinos. The plan is to extract eggs from Fatu and Najin in 2018, which will then be transferred to a laboratory in Italy for embryo development. The final step will involve the eggs being implanted into southern white rhinos that are currently living in Kenya at Ol Pejeta Conservancy. 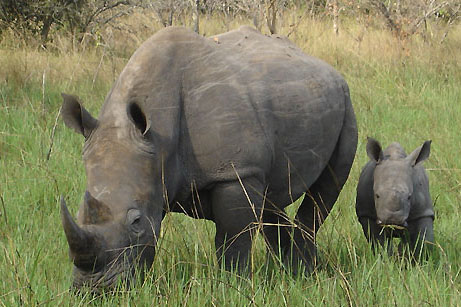 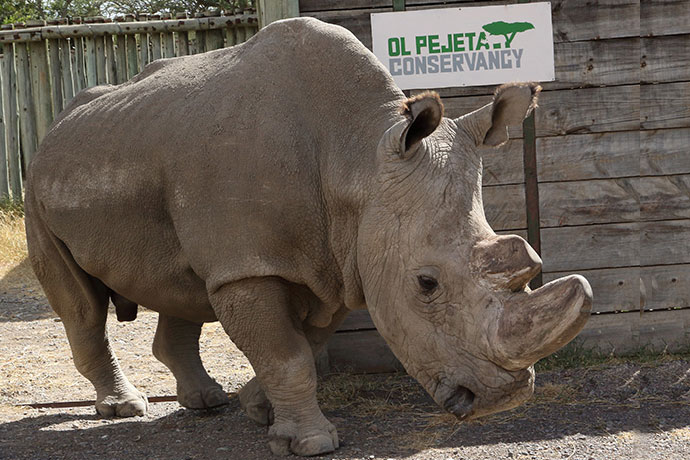