Stany Nyandwi, a survivor of the Burundi genocide, serves as primate manager at Chimp Eden, a PASA member sanctuary in South Africa. He survived insurmountable odds, including the genocide in Burundi, to become one of the only humans to master the complicated ‘pant hoot’ chimp language. Now, his story comes to life in the film Pant Hoot.

Director Richard Reens, an award-winning commercial director and photographer, shares with us how he made this documentary short film working with Barbara and Dr. Lewis Hollweg.

PASA: How did you become involved in Pant Hoot?

Richard Reens: Barbara and Lewis Hollweg, started talking to me about Stany and his ability to speak with chimpanzees. I was of course intrigued. They met Stany at Ngamba Island Chimpanzee Sanctuary in Uganda 16 years ago, and it changed their lives. They said “we’d really like you to meet Stany and see if you think there’s anything is there.” Obviously you don’t go all the way to Africa just to see – you go with the intention of creating something.
I didn’t know what to expect. You hear that someone can speak to chimpanzees in their own language is just like, Ok, I have to see this to believe it. But wow, he really can. Interpretation of any language, you can approach it with heart or with skepticism. And with Stany, it’s with the heart. There’s a kindness and a love there, so his translation is that. I think that makes him a really great advocate for chimpanzees, because he can put their actions in context.

PASA: How does his background coming out of the genocide inform his interaction with the chimpanzees?

RR: When the genocide was happening in Burundi, some of the workers from the sanctuary there, where Stany worked too, were pulled off the truck, shot and killed. Stany himself was pulled off and had guns pointed at him, but he somehow survived it. But he realized that it was unsafe to stay – and that they chimpanzees had to be moved out of the country if they were going to survive. So he got to work and said we have to get these chimps out of here.

Stany was separated from his wife, his children, his parents – everyone – for four years. He didn’t know if they were alive or dead. Eventually he was reunited with his wife and children, but his parents and brother didn’t survive. During this time, as he says, the chimpanzees became his family. Stany’s first plane flight was getting the chimps out of there, holding their hands and bonding.

PASA: Tell us about making the film.

RR: I got into Johannesburg, rested overnight, then hit the ground running. Stany gave me a tour of Chimp Eden and we talked. His warmth and acceptance of me, his willingness to tell his tory with an incredible amount of honesty, made this come to life. What he does, it’s a calling, and he has that.

The stories – Stany’s and the many chimpanzees’ – are so epic that it moved me to shoot the film in an epic style versus traditional documentary. The combined tragedies of the film’s subjects’ life stories dictated my shooting style: Stany having survived genocide, the sanctuary chimps having been rescued from unimaginable cruelty, and chimpanzees in the wild facing extinction.

A documentary is not scripted, so you make a list of stuff you know you need to get, and then as you learn more, you revisit the list every night.

Normally, I do TV commercials with a crew of 60 people – I had three here! Barbara Hollweg is a wonderful still photographer, and all of the still images in the film are hers, except those of the genocide. I had an assistant to operate one of the cameras who also managed the digital data. And one of the volunteers who was there helped us.

There were five days of shooting at Chimp Eden. Then we interviewed with Jane Goodall in Ottawa, Canada. She was so generous with her time – gave everyone chimpanzee hugs.

PASA: How did the project change your perspective on conservation?

RR: I’ve always been an activist for conservation and always for wildlife. Big animal lovers in my family. My sister is a veterinarian. But even so, I think I became a lot more aware. Greta Thunberg’s message also really resonated as I worked on this. We weren’t making a climate movie, but it’s clear, we are in the midst of a sixth great extinction. Jane talks about it in the film. It’s important.

I grew up with chimpanzees on the cover of Life Magazine being cruelly shot into space. Fortunately we don’t do that anymore in the US. But you grow up with that and you think, I’d like to play with you. Now you realize the horrors those animals experienced. Taken away from their parents in the jungle and so much more. Unthinkable.

PASA: What’s your aspiration for the film?

RR: What we hoped to accomplish was to bring awareness to the issues, but to do it in a way that is approachable for lots of people, not just our fellow activists. I mean, it’s one thing to preach to the choir. But we think the issues are so important, and the stories are so compelling, that they could touch a much larger audience. By creating this film, our approach was to make it entertaining and not too preachy. Watch the film, you’ll enjoy it – but we hope people will come to care. We introduce several chimps and what they went through in their lives. You can’t watch that and not be moved.

Also, we’re hoping to spark interest in visiting a sanctuary if you go to Africa. To spend your tourist dollars in a sanctuary and learning about the chimps’ lives – we hope it helps the planet.

PASA: How can people see the film?

RR: We’re still working the festival circuit and hoping to get distribution. So it’s not out yet, but check our website – panthootfilm.com – for all the updates. Sometimes festivals make it available to watch, and since everything is online this year, even more people can take part.

That said, I am happy to share with PASA supporters eight bonus scenes that people can watch now. They’re wonderful moments that we wish we could have included in the final edit. For instance, there’s one on how the chimps select their alpha male. There’s one on how they react to death. Jane Goodall talks about how the importance of the caregivers at all the sanctuaries. Lots of beautiful, interesting stuff.

The other thing people can do is follow us on social media. It may seem funny, but this is actually part of how small, independent films like Pant Hoot get picked up. That influences the people who make decisions to screen movies and so forth. We’re @panthootfilm on Twitter, Instagram and Facebook. 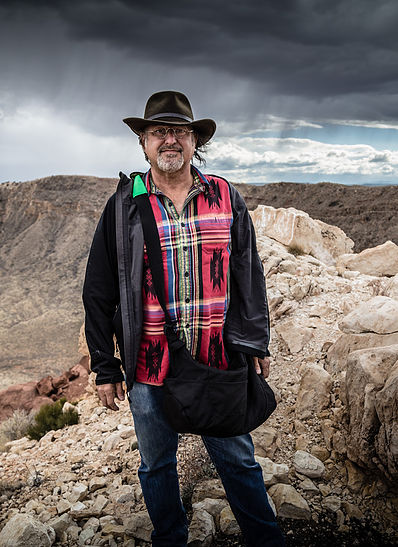 “The stories – Stany’s and the chimpanzees’ – are so epic that it moved me to shoot the film in an epic style versus traditional documentary. “

← The PASA Interview: Adams Cassinga Primates and Tourism: How to Be a Responsible Primate Tourist →
PASA