Are Conventional Conservation Approaches Holding us Back?

The Ethics of Give and Take


Working with corporations to forge new paths to conservation


When it comes to complex issues such as protecting our remaining wildlife and wild places, solutions are rarely straightforward. Industrial development has a way of wiping out habitats and despite all the endangered species we have on record, far more have been wiped out without us even realizing they ever existed. While PASA’s main objective is to rescue and rehabilitate Africa’s primates and protect them from extinction, we additionally play a large role in conservation education and working towards protecting the wild places for all African species. This task is not taken lightly and it is important that great thought is put into conservation efforts before actions are taken. However, this does not mean that the “safest” approach is always the right choice

The Bornean Orangutan Survival Foundation has recently taken a bold step that is making some conservationists squirm. The largest orangutan sanctuary in the world, BOSF is home to 750 orangutans and finding enough space to return these solitary apes to the wild is a seemingly impossible challenge. After years of attempting to raise enough funds and to work through the bureaucratic challenges of securing space on a nearby island to release their rehabilitated orangutans, a solution presented itself. PT Sawit Sumbermas Sarana (PTSSS) offered to purchase part of the island and donate the land to the sanctuary to use for orangutan rehabilitation. This means it will be sort of a halfway home for the orangs, where they will be learning to forage and care for themselves, but still have BOSF staff keeping an eye out for them if they aren’t quite ready. The issue is that PTSSS is one of the main palm oil production companies in Indonesia.

Palm oil is a type of miracle vegetable oil with countless uses in food and cosmetic production. It also is an inexpensive oil to farm and global demand continues to grow because of this. Palm oil production is also the leading reason why both species of orangutans are in trouble. Last year, the Bornean orangutan joined the Sumatran orangutan on the critically endangered species list. Read more about the history of palm oil and how it is now affecting African apes here.

While PTSSS stepping up to help orangutan conservation could be seen as an olive branch in what has been a decades-long battle between conservationists and palm oil producers, many are concerned the action will give the palm oil company a positive reputation while continuing to do significant environmental damage, due to its record of causing large-scale deforestation. Unless PTSSS makes a commitment to discontinuing all deforestation, some conservation groups aren’t willing to acknowledge the gesture as genuine. The arrangement has received additional criticism since the orangutans brought here will not be truly returned to secluded wild places and thus will have to be transferred yet again when they are officially released. However, with so many animals in their care, BOSF is welcoming the gesture and optimistic about finding ways to work together in the future. 150 orangutans will be transferred to this new piece of land as they begin the transition back to the wild.

One of the most famous conservationists to favor cooperative efforts when it comes to protecting wildlife is Dr. Jane Goodall, whose dedication for chimpanzees is matched by her compassion for humans. One example is the Jane Goodall Institute’s Gombe Masito-Ugalla program (GMU), which has created a co-op for coffee plantation farmers that will provide them with training for sustainable farming and provide valuable marketing opportunities to help guarantee a stable income for farmers. As with palm oil plantations, growing and harvesting coffee beans can result in significant deforestation, which encroaches on what habitat is left for wildlife such as chimpanzees. 7,500 are currently benefiting from the assistance provided by this co-op, while simultaneously producing in ways that protect not only chimpanzees, but all wildlife residing in Tanzania’s forests.

A group of researchers from the United Nations Environment World Conservation Monitoring Centre is now conducting a global survey to determine where the masses’ viewpoints lie when it comes to conservation approaches. Instead of the results being displayed as either new or traditional conservation in an “us versus them” manner, results are shown on a plot graph with two axes in order to judge a range of how people-centered versus nature-centered survey takers are, as well as how pro or anti-market. This is a significant step in the right direction, as it acknowledges this issue as a complex spectrum and additionally gives a voice to all. Check it out here.

The challenges of wildlife conservation in Africa and Southeast Asia can feel overwhelming. However, when an opportunity like the one BOSF utilized presents itself, it is important to take a step back and consider the big picture. Sometimes taking a middle ground will provide wildlife with the best fighting chance. PASA’s member wildlife centers work hard to spread compassion through education and to additionally find opportunities to give back and strengthen relationships with local communities. At Lola ya Bonobo in the Democratic Republic of Congo, a program was started where local farmers were provided with a variety of seeds and training on how to grow each crop. The payback is the farmers agree to sell all of their produce to back to Lola ya Bonobo at a fair price, which will then be used to feed the bonobos. In this way, the sanctuary does not have to worry about being charged significantly high prices for food they must have and farmers in the program are guaranteed to sell all of their crop. It is a phenomenal example of a win-win situation.

To donate to PASA to help us continue to create programs like this one, please visit us here. 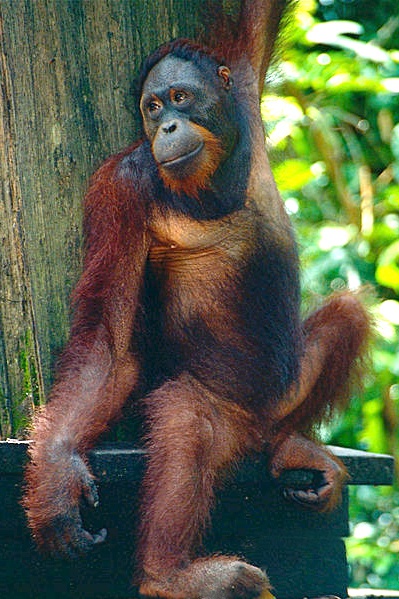 Deforestation have now pushed the Bornean orangutan as well as the Sumatran orangutan to critically endangered status. 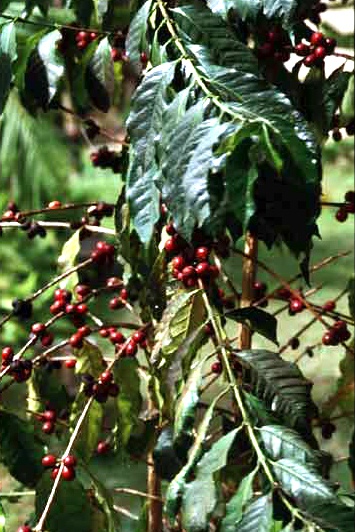 Like the palm oil crisis destroying habitat across the globe, coffee plantations in Tanzania can have devastating effects on the environment.

← Japan's Only Ape Sanctuary Arose from a Pharmaceutical Research Facility Nemley Junior: A Tiny Chimpanzee with a Not-So-Tiny Impact on Illegal Wildlife Trade →