Breaking the vicious cycle of cruelty and suffering

A new report highlights the devastating impact of social media on primates and other wildlife.

Think social media is wildlife-friendly? A recent report from the Social Media Animal Cruelty Coalition(SMACC) documents a much different – and much worse – picture. In fact, social media enables wildlife trafficking and creates a cycle of suffering. But you can help end it. Read on to see how.

Over the course of a year, volunteers documented videos that featured wild animals in pet-like situations. However, these videos only scratch the surface of the issue – many more videos showing animals in unsafe situations are found each day. Key findings from the report include:

The animals in these posts, many victims of wildlife trafficking, were subjected to cruel and inhumane treatment. 13% showed animals being psychologically abused, 12% depicted them as human entertainers, and 8.8% showed them being physically abused.

These videos create a vicious cycle of harm. First, they normalize the concept of “owning” wildlife, fueling demand for more wild animals to be sold by wildlife traffickers in the illegal pet trade. Through commenting and direct messaging, people can easily find out how to acquire such animals themselves. Behind the scenes, animals are captured or bred in horrific conditions to meet this demand, posing serious danger to the welfare of the animals. When these animals are sold into the pet trade, they face lives filled with tremendous suffering. Often, pet owners will create social media accounts to show their new wild pet, perpetuating the cycle of cruelty.

Ending the Cycle of Cruelty

While there is debate on the extent that social media platforms can regulate their users, most major platforms have taken strong positions against other forms of cruelty and illegal content, like child abuse, hate speech, and discrimination. In these cases, content is removed, and relevant information shared with law enforcement authorities. The mechanisms are imperfect, but they demonstrate that such issues can be addressed. It is time that wildlife trafficking and animal cruelty is taken just as seriously and eradicated from these platforms.

Because this issue so greatly impacts primates, PASA is running a petition on the issue, demanding that Facebook and Google make it easier to report animal abuse, and take action to remove this content. So far over 205,000 compassionate, caring people have signed on. Please add your name or share it with your friends and family. Together we can make a difference for suffering animals.

As an individual, you can also do a lot to help end this cycle. Follow these steps to help eradicate wildlife trafficking and animal cruelty from online platforms.

PASA has been working in the Social Media Animal Cruelty Coalition for over two years to support this important work. PASA staff members Ruby Vise-Thakor and Lilija Rapa contributed to the report on wild pets. In addition to documenting online cruelty in reports, the coalition meets with social media companies to help them create and enforce effective policies to protect animals. The coalition also has a helpful form where you can report concerns about animal cruelty online.

The full report is available to view here (note that some content may be distressing – and there is an image-free version available). 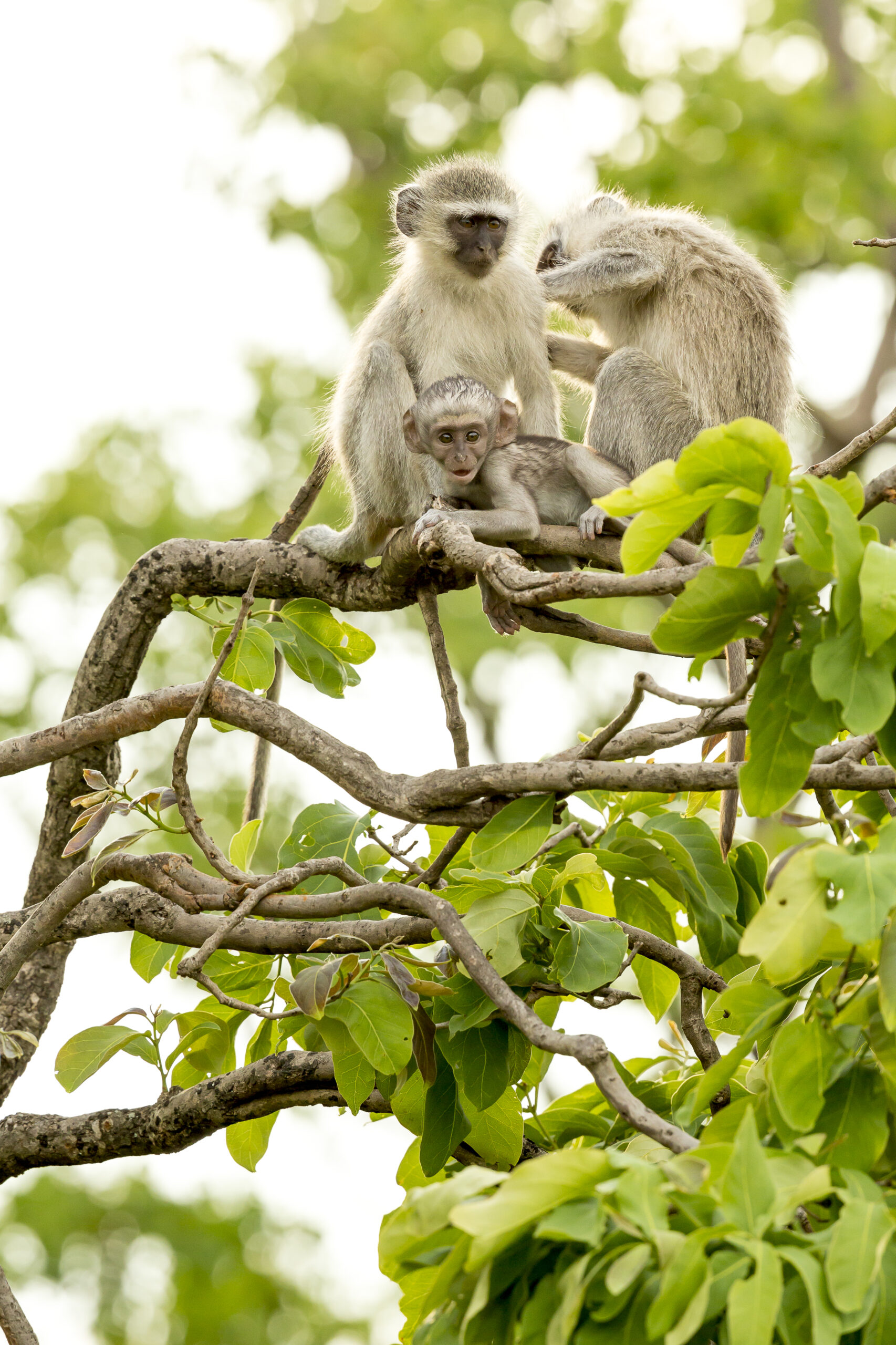 The report found that a shocking 76% of the animals featured were primates. 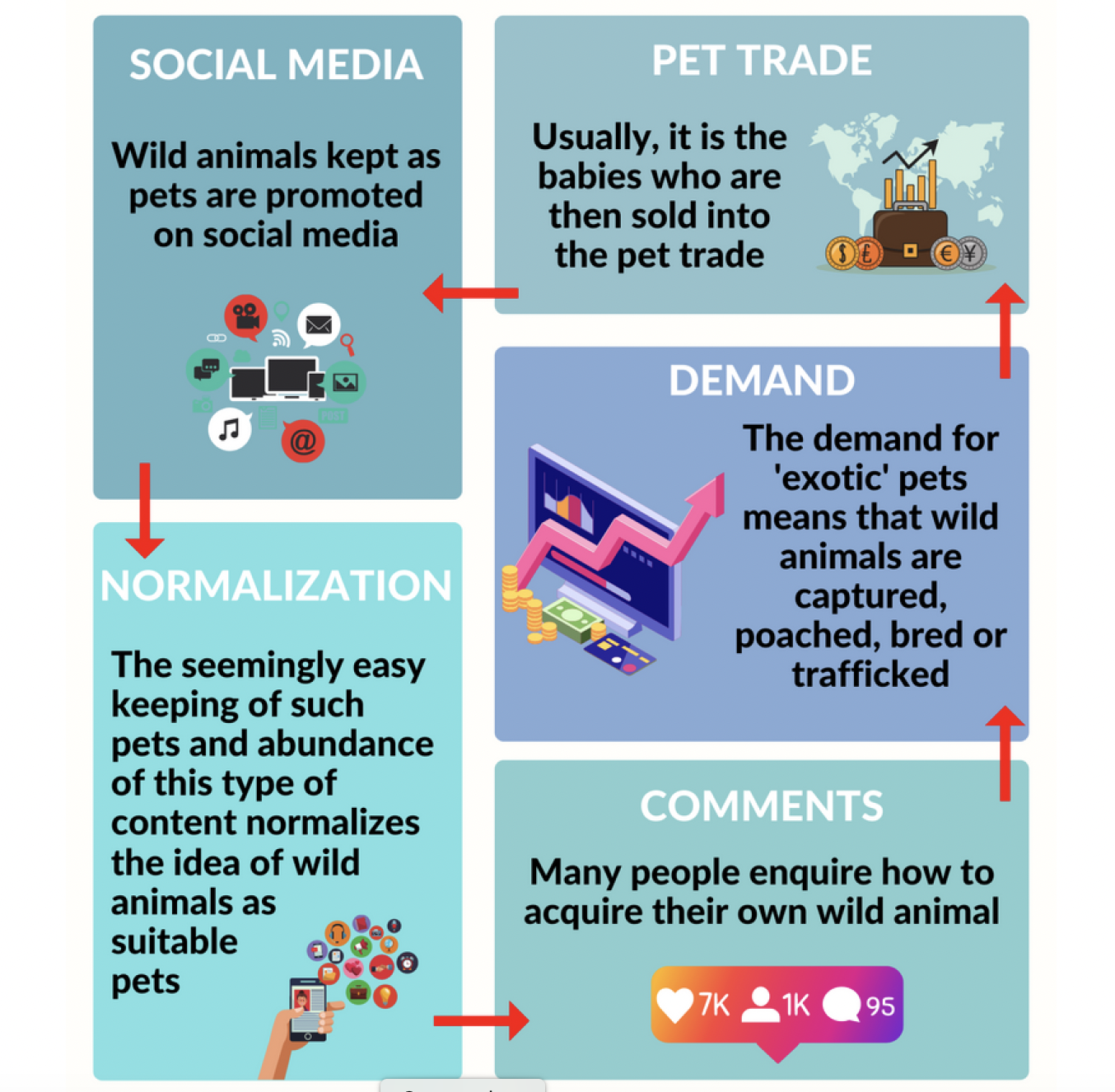 Social media contributes to a cycle of suffering for wildlife, as this chart shows. Source: SMACC Spotlight Report: Wild animal pets on social media.
← Wildlife Policy Overview: What is CITES and how does it help primates?
PASA