Northern white rhinos were at the center of conservation discussion last year when Sudan, the last living male northern white rhino passed away at the age of 45 years. The loss of Sudan came just years after the extinction of the western black rhino. Remaining rhinos across Africa and Asia continue to be at high risk due to the demand for their horns. A booming black market trade across Asia means rhino horn sells for $3,000/pound. This is due to prevalent, severe misconceptions that rhino horn can cure everything from cancer to hangovers. In reality, rhino horn is made from keratin, the same substance that makes up our hair and fingernails.

There is a reason for hope that the northern white rhino will continue to exist on the planet, despite being so close to extinction. While the story is a beautiful example of what can be achieved when scientific institutions worldwide come together to save wildlife, it is also far from the ideal.Once a species or ecosystem is destroyed, it is impossible to return to what has been and while we strive to save the iconic megafauna, there are many species of plants and small animals that are disappearing without us ever realizing they existed. When vital parts of our ecosystem are lost, everything is out of balance and it makes saving remaining species that much more difficult. Supporting conservation efforts and the organizations that contribute to them is more vital than ever. 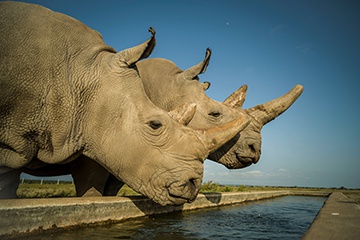 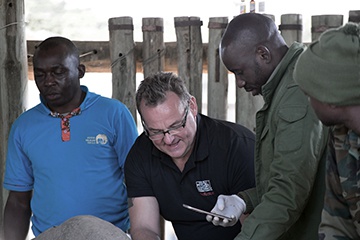