Meet some of the women saving Africa’s primates

March is Women’s History Month, and Pan African Sanctuary Alliance is fortunate to have so many women leaders behind its 23 member sanctuaries. With a combination of passion, perseverance, leadership – and lots of hard work – these women have made a significant difference in the ongoing effort to conserve and protect Africa’s primates. While there are many women to thank for this work, today we’re excited to share the stories of five directors and founders: Claudine Andre, Rebeca Atencia, Sheri Speede, Rachel Hogan, and Sheila Siddle.

Amidst political unrest in the Democratic Republic of Congo (DRC) following the Rwandan genocide, Claudine Andre witnessed first hand the destruction of the country’s natural resources and its impact on the wildlife during the 1990s. Claudine had a deep love for animals, and she began volunteering at the Kinshasa Zoo. The zoo would receive baby bonobos, orphaned from the ongoing political unrest and the bushmeat trade. Claudine’s novel approach to nursing one baby bonobo back to health led to the zoo’s first successful recovery of an orphaned bonobo. Claudine treated the infant like a mother bonobo would: holding them, cleaning them, and giving them the love and affection that was missing in previous rehabilitation attempts. When word spread, people began bringing orphaned infant bonobos to her. In 2002, Lola ya Bonobo (“paradise for bonobos”) was officially opened.  Today, Lola ya Bonobo is still the world’s only bonobo sanctuary, and includes many other programs such as rainforest conservation projects and community development and education. 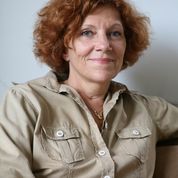 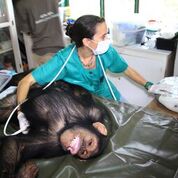 Rebeca Atencia is another notable great ape conservation warrior. As Executive Director of the Jane Goodall Institute in the Republic of Congo, head veterinarian of Tchimpounga Chimpanzee Rehabilitation Center, and recipient of Newsweeks’ “Women of the Future” award, it is clear that Rebeca is deserving of recognition. Rebeca breaks boundaries: she was the first to perform a chimpanzee- chimpanzee blood transfusion, has incorporated three nearby islands for semi- rehabilitated chimpanzees for Tchimpounga, and completed an additional doctoral thesis on chimpanzee cardiology. She is essential in the fight to conserve chimpanzees.

Sheri Speede always knew that she wanted to work with animals. While becoming a Doctor of Veterinary Medicine and practicing in the 80s and 90s, Sheri knew that she wanted to do more in the realm of animal activism. In 1995, she became the Northwest Director of In Defense of Animals, where she advocated for animal victims of biomedical research, factory farms, and the entertainment industry. She also provided medical care to primates in sanctuaries in Cameroon, where she found her true passion. She opened Sanaga-Yong Chimpanzee Rescue Center, living in Cameroon full time, and caring for chimpanzees orphaned by the illegal bushmeat trade. 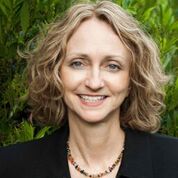 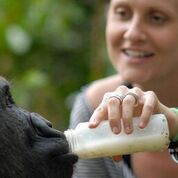 Rachel Hogan has been running Ape Action Africa for a decade. Ape Action Africa is an organization working towards primate conservation in Cameroon with a multifaceted approach. They rescue and rehabilitate orphaned and injured gorillas, chimpanzees and monkeys, maintain Mefou Primate Sanctuary, operate an education program for the young people of Cameroon, and work with communities to help develop long term solutions for primate survival. Rachel has been integral in the development of AAA, and has been an advocate for primates for many years. She has been working to campaign against the illegal poaching and selling of rainforest animals, and spearheading local education programs to ensure that the communities of Cameroon are partners in the fight for primate conservation.

Sheila Siddle is a co- founder of one of the largest and oldest chimp sanctuaries in the world, Chimfunshi Wildlife Orphanage in Zambia. Sheila raised five children and ran a cattle farm in Zambia for many years. One night, a game warden brought them a severely injured infant chimpanzee. They provided care and comfort for the chimpanzee, and ultimately began to care for more and more chimps until Chimfunshi Wildlife Orphanage was founded in 1983. Today, the orphanage is 10,000 acres and is home to 120 chimpanzees. Chimfunshi has opened a school on their grounds for local children, a health center for the local communities, and provides jobs and housing to local Zambians. In 2017, Sheila was given PASA’s first ever “Circle of Compassion” award for her work towards bettering the lives of the chimpanzees and people in Zambia. 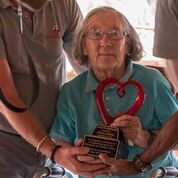 This is just a small sample of the women working to protect African primates. Their stories and their tireless efforts inspire us at PASA. We thank these women – and every woman involved with primate conservation.

← The Tragic Reality for Pet Primates Freedom Goes Free: Returning a Gorilla to the Wild in Cameroon →
PASA