Pests: One Man’s Pest is Another Man’s Protected Species?

Exploring the conservation and management of “pest” species.

Grey wolves, white-tailed deer, vervet monkeys, and African elephants. What do they all have in common? Someone, somewhere, considers them a “pest.” For someone living in North America, it may be hard to imagine a critically endangered African elephant being as pesky as those prolific white-tailed deer who feast on your garden. But a farmer in Africa would beg to differ when they need scare away a herd of elephants from their crops. The fact of the matter is, not everyone sees a particular species the same across the board. So how do you successfully protect a threatened species that is considered a pest by certain communities? Within PASA, several of our member sanctuaries are frequently faced with the challenge of protecting a pest species, while also cooperating with the needs of the local communities. Their experiences handling this challenge offers some insight:

Jasper Iepema, the Sanctuary Manager at Lilongwe Wildlife Centre in Malawi, says the most common problem-animals he hears about from locals are primates that repeatedly get into crops. Primates are very intelligent and agile, making it difficult to keep them out of crops with barrier methods such as fencing. Farmers resort to scaring the primates away from crops, in certain cases (but “definitely not always” Jasper clarifies) these methods can lead to animals being injured or killed. He points out that 85% of the people in Malawi, one of the least developed countries in the world, depend on small scale agriculture for food and income. Protecting their crops is understandably a top priority for them. This is an important fact to keep in mind, since failing to respect the needs of local communities will make any conservation efforts for a pest species more difficult.

One of the problems about “pests” however, is that they often are not pests at all and have been labeled unnecessarily. In these instances, educating local communities is the best approach to protecting the species from harm. A perfect example of this is the vervet monkey. These monkeys are widely seen as vermin that eat fruit crops, resulting in indiscriminate killing by farmers. It wasn’t until scientists began studying the behavior of vervet monkeys that it became clear the monkeys are not as damaging to valuable crops as previously thought. “In reality, vervets prefer ripe fruit, whereas farmers will pick and store the unripe fruit to send to market… [vervets] are highly effective at eating insects that are harmful to crops,” Megan Stark explains, she is the Sanctuary Manager at the Vervet Monkey Foundation in South Africa. The Vervet Monkey Foundation devotes much of their efforts to educating the local communities about the benefits of vervet monkeys and encouraging them to take more peaceful approaches to coexisting with these animals.

Anyone who has dealt with nuisance wildlife before may know that one of the best (and humane) ways to deal with the pest is by changing your own behavior. Wildlife will often venture into human civilization because there is easy access to food. How can you blame them for wanting an easy meal? It is up to us to take the proper precautions to discourage this behavior (for example: by properly securing our garbage bins). In urban environments throughout Africa, sanctuaries such as the Vervet Monkey Foundation encourage people to monkey-proof their homes to reduce human-monkey conflicts. By reducing food sources around human communities, the hope is that these animals won’t be so enticed to move into these areas. Ultimately, by understanding “pest” species and their behaviors better, we are able to find more humane solutions to coexisting alongside these resourceful animals. 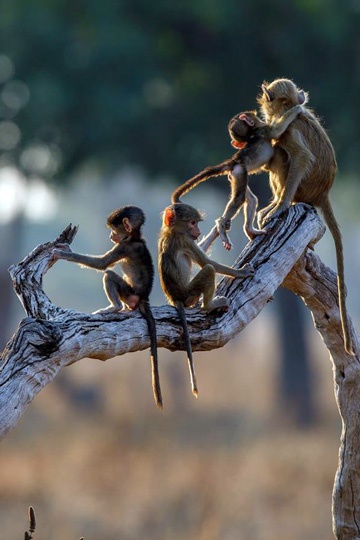 In some places, baboons are considered a “nuisance” primate. 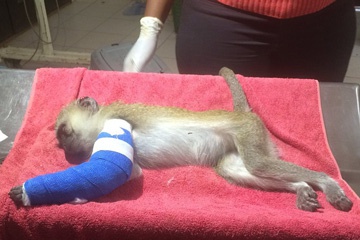 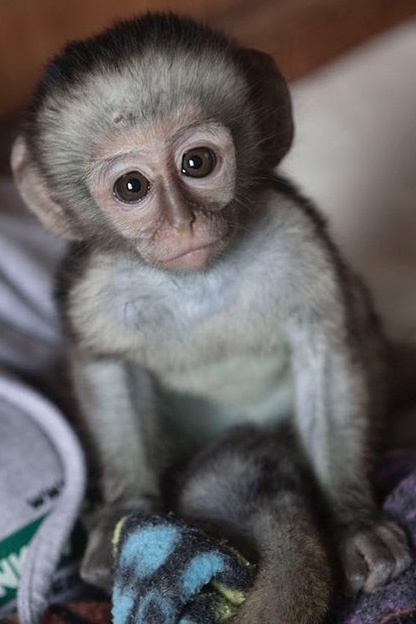 ← Building Leadership Across Africa’s Sanctuaries A Reflection on Claudine Andre, a Hero for Bonobos – Part I →
PASA