The poachers came late in the night and began shooting at a troop of chimpanzees in Angola. A matriarch of the troop was shot, and her baby, Leila, clung to her chest as she passed away. The female chimps’ body was butchered and sold for bushmeat, and while little Leila was too small to have the same fate, she became a victim of the illegal pet trade.

Leila was sold as a pet, and her owner placed her in a tiny cage. To escape the horrendous conditions, she tried to break the cage. Unable to keep Leila under control, her owner got rid of her by chaining her to a park bench. Leila had to beg for food and was so dehydrated that some days she had to drink her own urine. People were cruel to her, getting her drunk, and hurting her with sticks and rocks. A man named John came to the park and was so shocked to see the conditions Leila was living in that he sobbed. John promised her that he would do everything that he could to rescue her. Leila was eventually sent to Chimfunshi Wildlife Orphanage, a PASA sanctuary in Zambia, where she is now well cared for and has many great friends. She’s one of the lucky ones. Many apes and monkeys continue to suffer from the cruelty of the illegal pet trade.

Wildlife trafficking, while illegal, generates billions of dollars each year. A gorilla baby can cost as much as $250,000. To gain access to one baby animal, traffickers often kill the entire group due to how social and protective animals can be over their young. Wildlife specialists say that for every live animal saved from this black market industry, there are between 5 to 10 animals still being illegally bought, sold, and mistreated.

The illegal pet trade has unfortunately developed an prosperous relationship with social media. Sites such as Facebook, Instagram and WhatsApp assist traffickers by helping connect them to customers, interact with other traffickers, advertise their “products”, and even receive payments. The ability to create closed and secretive groups on Facebook in particular help protect traffickers and keep them from getting caught.

Facebook has policies in place which ban this illegal activity. However these rules rely heavily on Facebook enforcing those standards. It has been shown that the same algorithms that Facebook relies on to alert them of illegal activity also serves to connect traffickers. Additionally, traffickers often use code words to circumvent monitoring. When wildlife cybercrime is discovered, Facebooks’ practice of simply deleting the private group can erase potentially years of evidence that could be used to prosecute these traffickers. Due to privacy policies, social media platforms and law enforcement can not cooperate on these matters.

Big tech giants such as Facebook and Google generate billions of dollars annually, and are more than capable of doing more to combat wildlife cybercrime. PASA has taken bold steps to hold these platforms accountable by launching a petition demanding that Google and Facebook stop enabling the illegal pet trade. These tech giants need to make it easier for users to flag content that supports the pet trade, such as photos of “influencers” posing with exotic baby animals. With over 180,000 signatures gathered, this petition will pressure these platforms to make big changes. 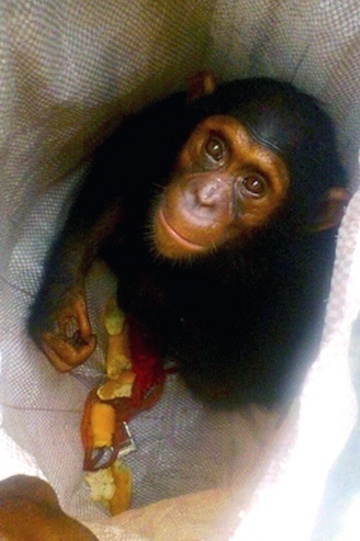 A chimp for sale at a market – cruelly isolated from others of his kind. 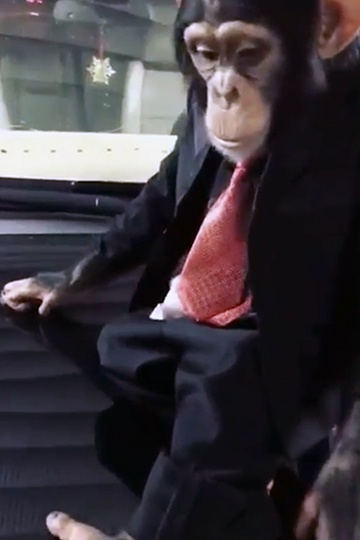 Primates dressed in clothes are popular social media subjects – and often the start of a sale. (Photo courtesy of Daniel Stiles).