DONATE
Hope for Baby Tita
Poachers tried to take everything from Tita. Against all odds, she thrived.

Tortured, traumatized, and completely alone – this is how Tita was found in December 2017. While her story is one of the most horrific that PASA has ever heard, it is also one of hope and resiliency.

Donate now to save baby chimps like Tita. We can’t do it without you. 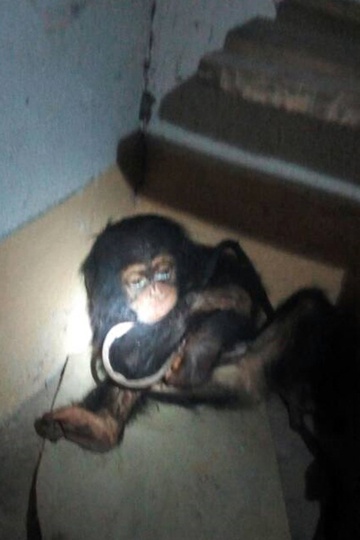 Tita had been tortured, with injuries including a broken arm, eye infection, and fingernails that had been brutally torn out one by one.

The EAGLE Network (Eco Activists for Governance and Law Enforcement) in Guinea received a call about three chimpanzees in desperate need of help. When rescuers arrived at the scene, only the youngest was still alive. Little Tita had been tortured, with injuries including a broken arm, eye infection, and fingernails that had been brutally torn out one by one. While her physical condition was heartbreaking, her emotional state was of great concern as well. Tita was in shock from witnessing the traumatic murder of her mother and older sister. Later, it was learned that after her mother was gunned down, her sister had desperately tried to protect Tita from the poachers for hours. Eventually they tied her up, set their dogs on her, and beat her to death.

Physically and mentally broken, Tita was rushed to PASA member sanctuary Chimpanzee Conservation Center (CCC) where sanctuary staff worked tirelessly to care for her. CCC is also where she received her name, meaning “sister” in the local language to honor her sister who lost her life fighting for Tita. Sanctuary caregivers were pleased to see that Tita had some fight in her as well; she showed a strong will to live, and began to eat and drink normally – her first strong sign of recovery. Medical staff cared for the broken arm, monitoring it through x-rays and protecting it in a cast. She soon showed signs of emotional healing as well. Her surrogate parents even captured the touching moment that Tita laughed for the first time. 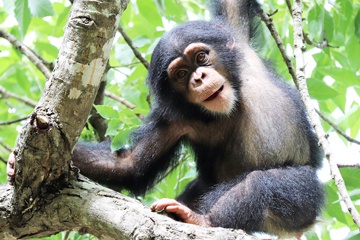 Tita’s supporters from around the world learned about her story, and wanted to fight for justice.

Tita’s caregivers weren’t the only ones rooting for her. Supporters from around the world learned about her story, and wanted to fight for justice for Tita. With the help of these supporters, the Chimpanzee Conservation Center hired two lawyers to take the poachers to court. The trial occurred in January 2018, and the judge issued the maximum sentence: 1 year in prison and up to $40,000 USD in damages, sending an important message that violent actions against wildlife have strict consequences.

As spring arrived, CCC staff decided Tita was ready to meet other chimpanzees just like her. In March 2018, Tita was introduced to two other orphans at the Chimpanzee Conservation Center, Nana and Oumou. Tita and Nana approached each other first, embracing each other with tender reassurance, with Oumou cautiously waiting in the background. The trio soon became a little family of their own and now spend much of their time with their caregivers and exploring the trees and wilderness at the sanctuary.

Tita’s story may begin with tragedy, but it ends with a message of hope. While thousands of primates are affected by bushmeat and the pet trade, many facing far worse fates than Tita, there are also thousands of people around the world working tirelessly to save, support, and spread the word about these primates in need. Thank you for being one of them.

Every day, PASA and our members work to rescue baby chimpanzees like Tita.

Please donate today to make it possible to save the next one. 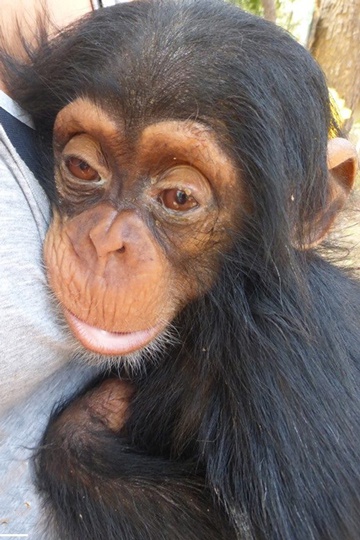 Tita arrived at the sanctuary with her body and spirit broken. 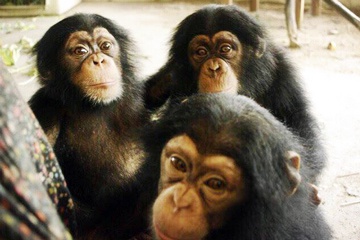 Tita has a new family now, with fellow orphans Nana and Oumou.