The great ape crisis is rapidly escalating. Eastern gorillas, Western chimpanzees and Bornean orangutans were recently downgraded from endangered to critically endangered, joining Sumatran orangutans and Western gorillas. Other chimpanzee subspecies, as well as bonobos, are currently listed as endangered. As the threats affecting these animals are multi-faceted, knowing the specific data of each is an important step in solving the problems and gaining support.

The United Nations Environment Programme’s World Conservation Monitoring Centre (UNEP– WCMC) and the Great Apes Survival Partnership (GRASP) have created an Apes Seizure Database in order to get a more thorough understanding of how the specific threat of ape smuggling is currently affecting great apes. The news is deeply disturbing.

By working with a multitude national governments, UN agencies and conservation groups, 1,800 great apes seized in illegal live traffic since 2005 were uncovered that had previously not been counted in international databases, such as those managed by CITES.

How could the numbers be so under-reported? The majority of seizures, over 90%, took place within national borders and therefore were not counted by international conservation organizations. With these new data points, conservation agencies will be able to determine the most problematic areas and focus efforts there. 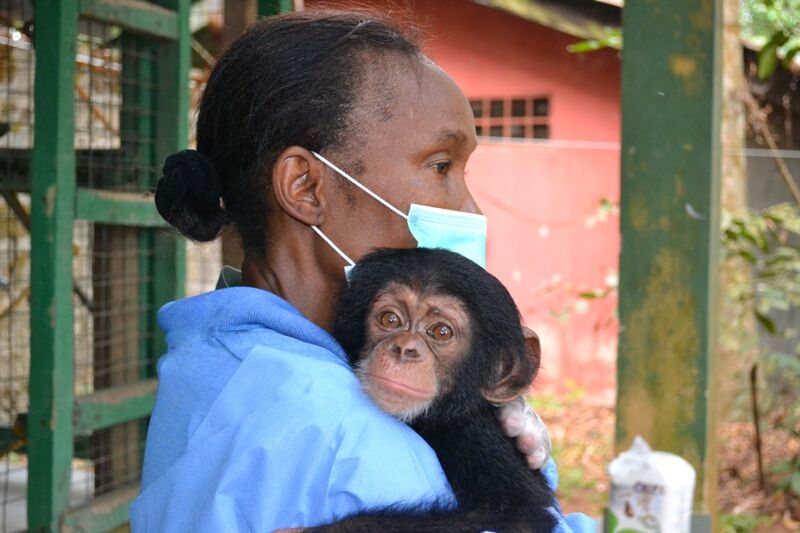 For every infant ape rescued from the illegal trade, as many as ten adults are slaughtered.

Possibly the scariest part of these results is that for every infant ape collected, many more apes were slaughtered. Including the mother, as many as ten apes within a community are killed for every infant collected. Many of the infants will not make it to their final destination, succumbing to the severe trauma they have been through or the cruel transportation methods used to sneak infant apes across borders.

Those lucky enough to be intercepted by government officials can have a chance at a healthy life in a sanctuary, such as the sanctuaries managed by the 23 organizations across Africa in the PASA alliance. However, once the damage of taking an infant from the wild has been done, it will take years for those individuals to be replaced. Being long-lived animals, it takes around 10 years for great apes to reach sexual maturity. Additionally, female apes only produce one infant at a time, followed by a long interbirth interval (gorillas 4 years, bonobos 4-6 years, chimpanzees 3-5 years).

Now that Eastern gorillas, Western chimpanzees and Bornean orangutans have been downgraded from endangered to critically endangered, the next step will be extinction.

Your support is urgently needed to save our closest relatives from disappearing forever. We can’t do it without you. 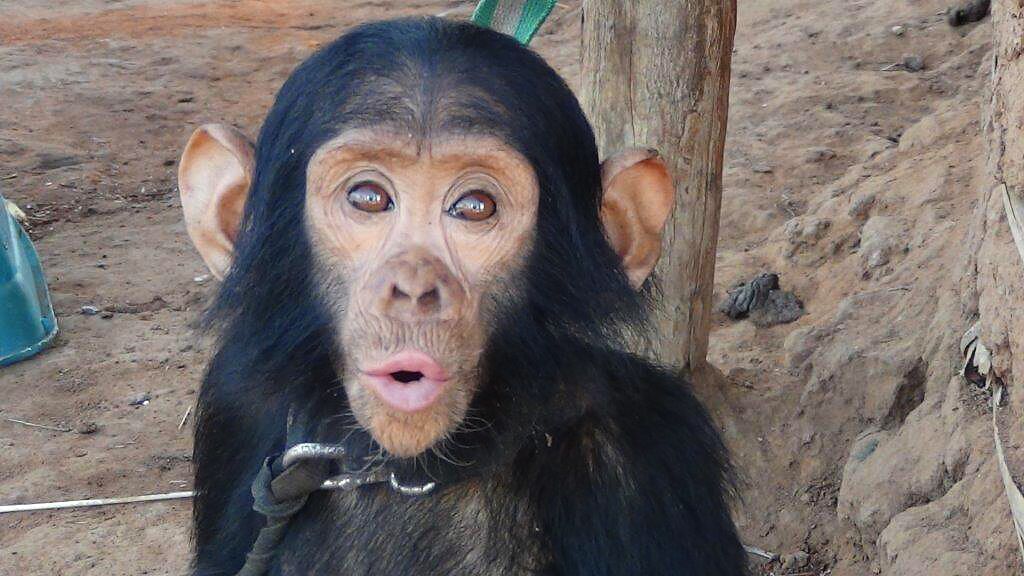 Chimpanzees like this one spend years tied up by their necks.