Two champions of gorilla conservation share valuable lessons on how to preserve gorillas in the wild and protect those orphaned.

Two heroes for gorillas recently traveled from the Democratic Republic of Congo to the United States. They participated in a Western Regional Gorilla Workshop at the Santa Barbara Zoo, which was an opportunity for gorilla conservationists and caretakers to meet and discuss ideas on how to provide the best life possible for captive gorillas and also how to preserve their wild counterparts.

Dr. Eddy Kambale is a veterinarian for the Mountain Gorilla Veterinary Project (more famously referred to as “Gorilla Doctors”) in the Democratic Republic of Congo. Since 2004, Dr. Eddy has cared for mountain and eastern lowland gorillas in Virunga and Kahuzi-Biega National Parks. He is also involved with rehabilitating and transferring orphaned apes to three species-specific rescue centers located in DRC: Lwiro Primate Rehabilitation Center, a PASA member organization near Kahuzi-Biega National Park which rescues and protects chimpanzees and monkeys; the Senkwekwe Center (mountain gorillas), and GRACE (eastern lowland gorillas). Despite already wearing many hats in the conservation world, he is additionally working on his master’s degree, researching the extent to which gorillas in the Mt. Tshiabirimu of Virunga are, through their natural diet, exposed to specific concentrations of cardiopathic and hepatotoxic phytochemicals. 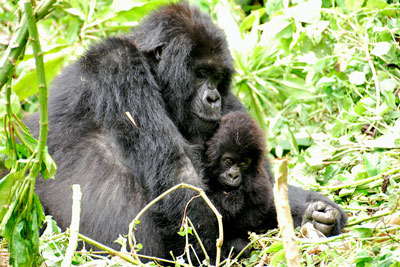 Mountain gorillas, along with Grauer’s gorillas, chimpanzees and bonobos are all found in the Democratic Republic of Congo.

Like us, gorillas must have a variety of foods to ensure all vital nutrients are obtained. Having little choice, the gorillas living in the Mt. Tsiaberimu area seem to be eating foods that aren’t necessarily healthy for them. Dr. Eddy’s research is exploring the effects this may be having on them, as well as their long-term viability in this habitat. Mountain gorillas in particular are strict folivores, relying almost entirely on plant materials for food, so understanding what they need on a biochemical level helps to not only provide the orphans at Senkwekwe with the best possible diet, but also provides evidence on why preserving the sparse habitat remaining for them is so vital.

Also in attendance at the Western Regional Gorilla Workshop was Andre Bauma, lead gorilla caretaker at Senkwekwe Center for orphaned mountain gorillas. Many will remember him from the Netflix documentary, “Virunga,” a powerful story about how civil war and how greed for D.R.C.’s many natural resources has been devastating gorillas, humans and all life in the region. Both in the film and in person, Bauma’s love and dedication to the mountain gorillas is abundantly clear. During the workshop, he told the story of how his career had started as a Virunga National Park ranger and how the 2007 Gorilla Murders, as they have become known, changed the course of his life forever. Andre was the lead ranger in the rescue of a nursing baby gorilla whose mother was shot as part of a political maneuver within the park. From that day forward, his mission in life has been to care for orphaned gorillas. He now refers to having two families: one gorilla and one human. Andre spends most of his time at the Senkwekwe Center for orphaned gorillas, caring for the four orphans residing there. Andre returns home to see his wife and four children whenever he can, which usually amounts to only 4 or 5 days per month.

Andre and Dr. Eddy have risked their lives to protect these Great Apes and have been instrumental in rescuing them from the brink of extinction. Both men’s passion shone through during the workshop and inspired a room of gorilla caretakers and conservationists on the goals we all share. 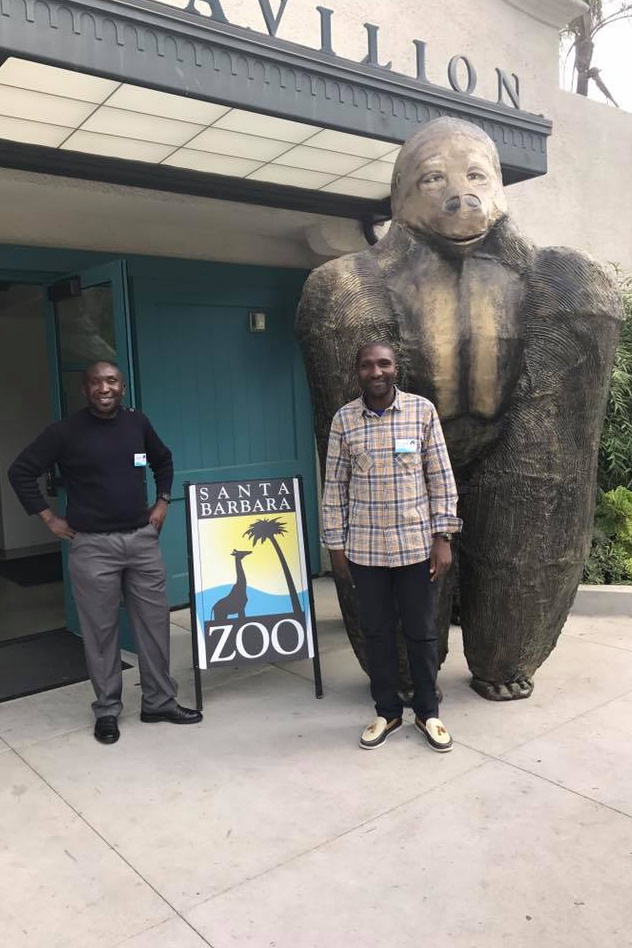 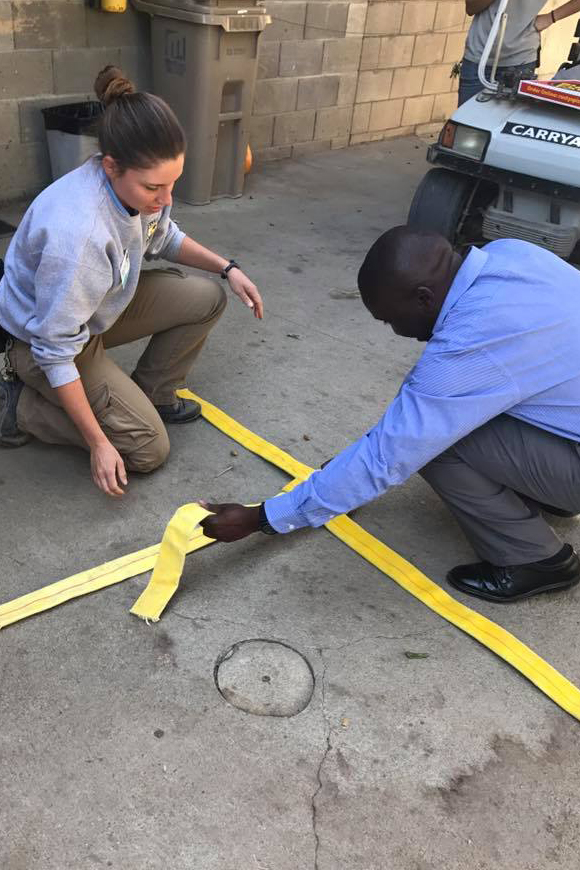