Smugglers’ leader and several others arrested.

Four young chimpanzees were just rescued from deplorable conditions at a roadside facility in Guinea. A collaboration between WARA Conservation Project, Interpol, agents of the Ministry of the Environment and the Chimpanzee Conservation Center (CCC) arranged the confiscation and rescue. There is only one wildlife sanctuary equipped to receive chimpanzees in Guinea, the CCC, one of PASA’s pioneering member sanctuaries.

Several people were arrested as a result of the confiscation, including the leader of the smuggling operation, Colonel Ibrahima Bangoura. Bangoura had been under investigation since 2013 on suspicion of illegal wildlife trafficking.

A total of 33 animals were rescued (12 species) and included turtles, ostriches, a crocodile and a baboon in addition to the four chimps. The animals were confiscated from two private locations which were being described as “zoos” but were actually midway points for the animals on their way to the international black market pet trade.

This major victory for conservation efforts in Guinea follows another series of major arrests in Guinea that occurred in March after a group was shut down that is believed to have trafficked wildlife for 30 years.

Fortunately, most of the animals in this collection were deemed fit enough to be returned to the wild immediately. The exception to this is the four chimpanzees, which include a teenage male, a 5 year old female and two 2-3 year olds.

CCC has committed to nourish and care for these four chimps with the hope of returning them to the wild after they are healthy and learn how to interact appropriately with other chimpanzees. These animals will go through a quarantine period until they are deemed healthy, then will be introduced to a community of chimpanzees living at the CCC. They need your help now!

As big of a challenge as it is to rescue chimpanzees from these horrifying situations, it takes even more time, energy and money to rehabilitate them. New chimpanzees to a sanctuary often require 24/7 care initially, frequently suffering from skin and respiratory disease, malnutrition and psychological disorders. After this, the introduction process must be taken slowly to avoid injuries occurring to the new chimps as they are slowly integrated into their new family. A crowdfunding page has been established to raise the necessary funds for this PASA sanctuary that needs our help more than ever! They are in need of 8,000 euros, approximately $8,700 USD, in order to provide the care these four chimpanzees need to have a chance.

The CCC returned their first community of chimpanzees to the wild on June 27, 2008 into the Haut Niger National Park of Guinea. It’s wonderful to give these abused chimps a second chance to be wild, and furthermore it’s a huge achievement for chimpanzees as a species. With the ever-increasing pressure from bushmeat and poaching for the illegal pet trade, chimpanzees are critically endangered and the threat of extinction is ever present. Chimpanzees have already gone extinct in Gambia, Burkina Faso, Benin and Togo. Returning animals to protected areas of their remaining habitat is an important component of protecting then from extinction. 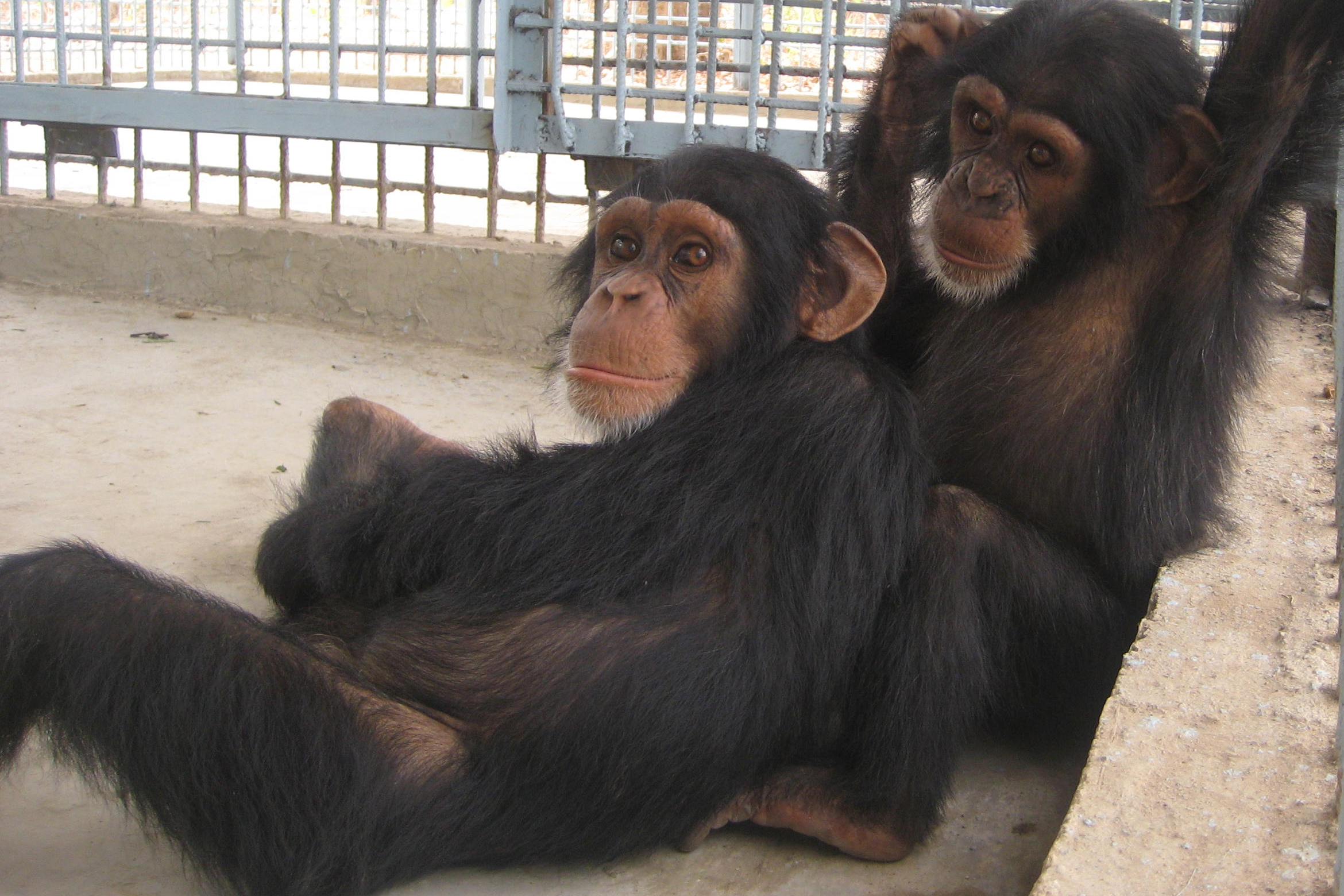 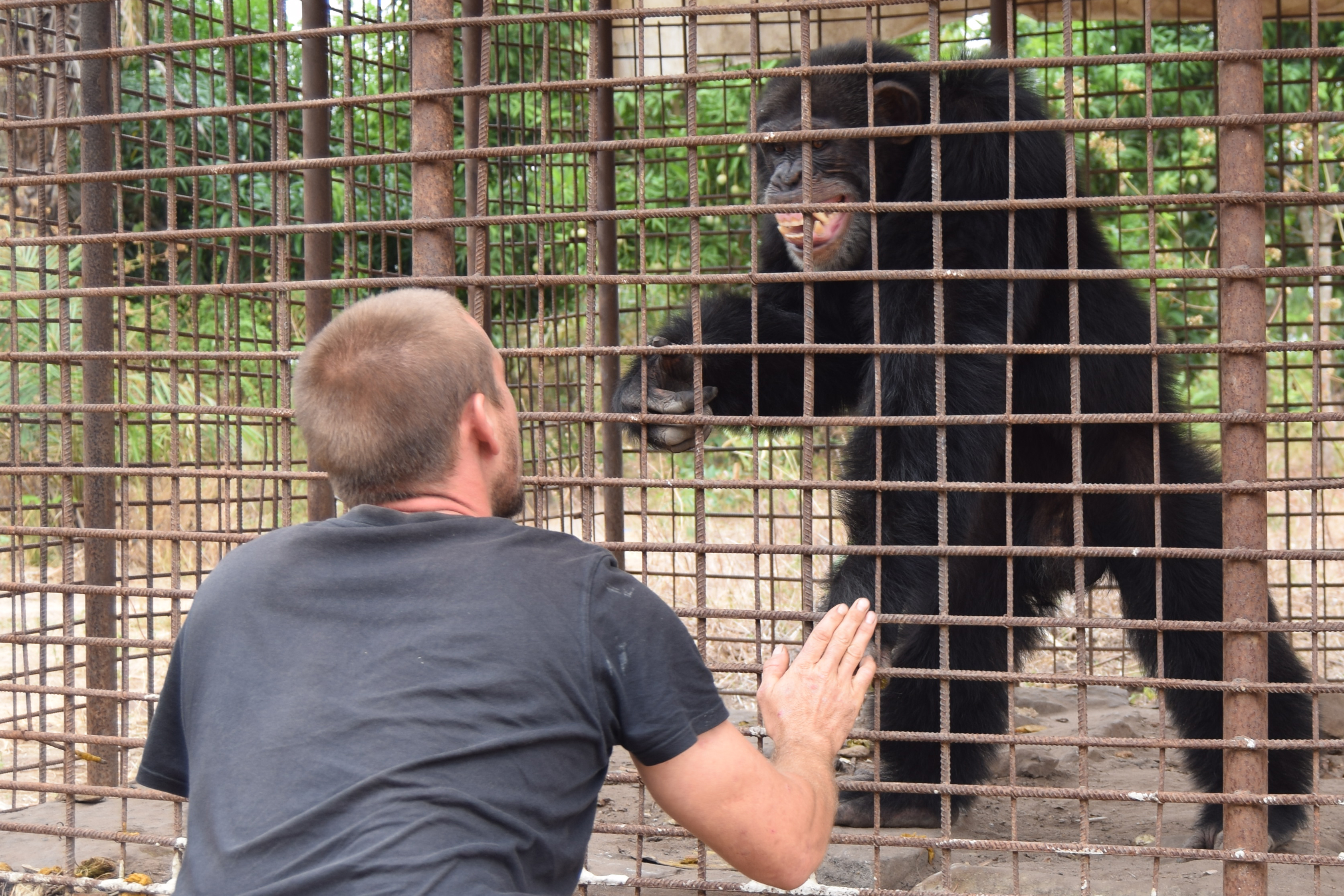