Democratic Republic Of Congo: On the Brink of a New Wave of Violence?

A country that has faced a long history of violence and political instability, the Democratic Republic of Congo (DRC) is teetering on the brink of a new wave of violence. As the second poorest country in the world, quality of life is already low for the Congolese. Now both people and wildlife have a new threat looming.

After two terms as president, the country’s constitution states Joseph Kabila is unable to run again and is to step down on December 19th after the election on November 27, 2016. However, the current government insists the election cannot take place for at least one to two years due to the need to register new voters. Needless to say, opposition to this claim is intense and protests are being received with swift brutality by government police. Sanctions from western countries on the DRC are increasing daily as international human rights groups attempt to find ways to prevent the death toll from growing more. This all comes in addition to the terrifying rebel warfare occurring in the eastern part of the country since the early nineties.

As one of the most biologically diverse countries in Africa, DRC is critical for wildlife conservation and this conflict puts many endangered species at risk of extinction.

Over the last year, as the government continues to declare it is impossible to hold the election this November, demonstrations have increased and grown increasingly violent. Currently, the president’s government has stated the election will be held in 2018, while the EU is pushing for 2017. 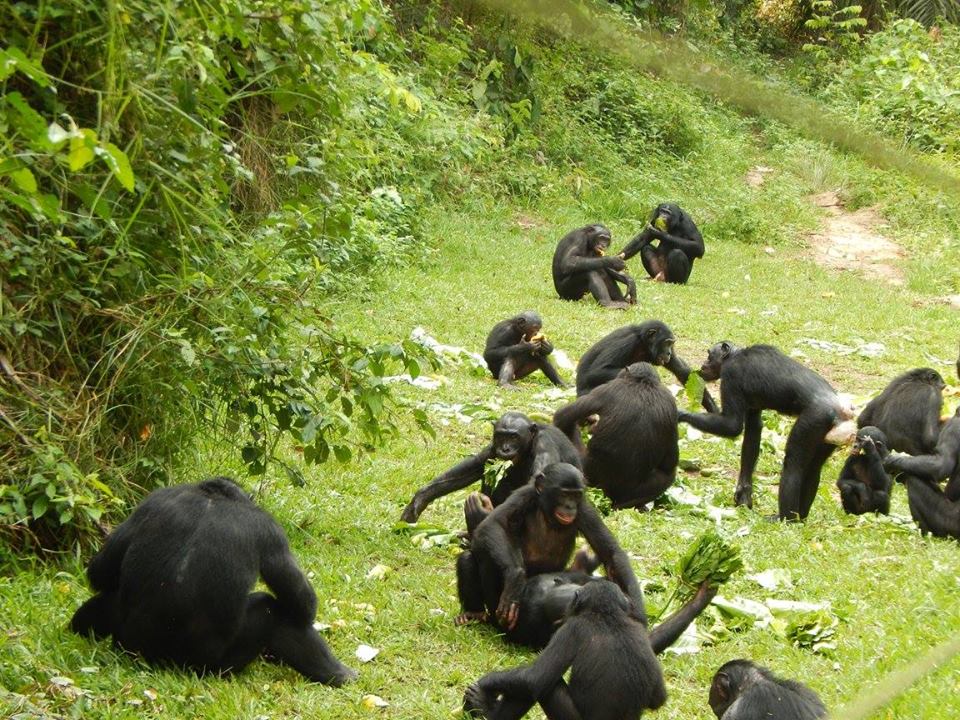 A group of bonobos, which are endemic to DRC

Last month on September 19th, at least 49 people were killed when protesters clashed with security forces. Offices of opposition leaders have been burned and destroyed, with death threats leading to several potential presidential candidates withdrawing their names from the running. UN peacekeeping chief Maman Sidikou has stated of the increasing tension, “The tipping point towards grave violence could arrive very rapidly.”

The Democratic Republic of Congo has yet to have a non-violent transition of power. Amazingly, wildlife sanctuaries have been formed in the more tumultuous periods of DRC political history and are still hard at work today rescuing animals and fighting the illegal wildlife trade. Conservation work in DRC is a high risk task.

In 2012, a rebel group attacked the Okapi Conservation Center in eastern DRC as a protest to anti-poaching laws, which resulted in the death of six people and 13 of the 14 ambassador okapi (the 14th passed shortly afterwards). The okapi is a hoofed animal closely related to the giraffe, with dark brown coloration except for zebra-like stripes on the legs. It only occurs in the Democratic Republic of Congo and is a source of pride for the country. Its picture is even printed on the 50 cent bill.

“Virguna,” a 2015 Academy Award nominated documentary revealed that to do this day the constant greed of foreign powers harvesting Congo’s natural resources knows no limitations. Available on Netflix, the documentary explores attacks on the Virunga National Park, home to mountain gorillas and numerous other species.  It shows the violence the people living in eastern DRC potentially face on a daily basis. Two days before the film was initially aired, the director of the Virunga National Park survived an assassination attempt while traveling by car to the park’s headquarters. As the film explores, the people working to protect the Congo Basin literally risk and sometimes give their lives to protect its future. 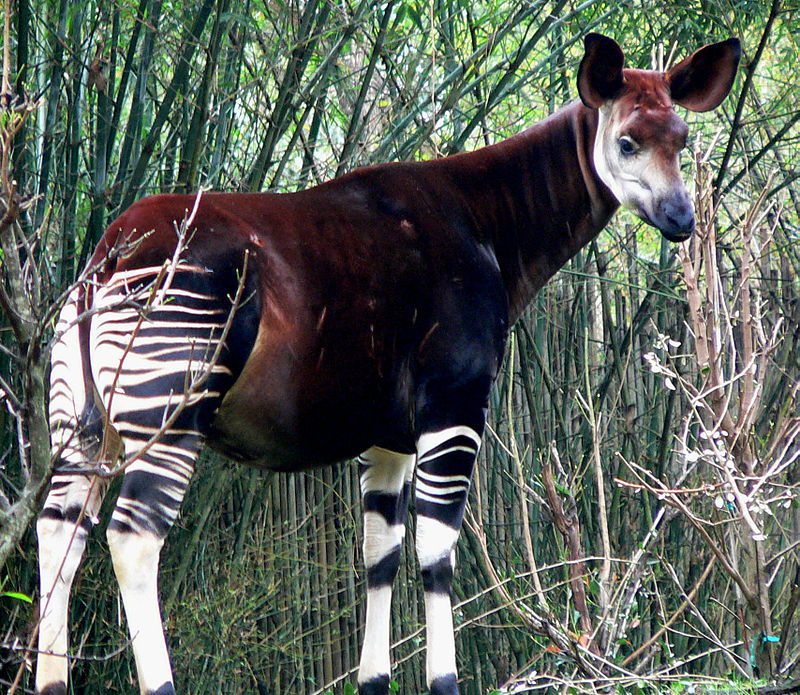 An okapi, an endangered relative of giraffes that is native to DRC