We All Get By With a Little Help from Our Friends

It took a human to show Nina how to care for her new son.

When humans prepare to have their first baby, it can be a nerve-wracking time filled with uncertainty. Fortunately, there are countless resources that help us prepare: classes, books, websites and most importantly, tips from family and friends. It turns out that there’s a learning curve for chimpanzees raising their first babies, too! A young chimp named Nina recently had to rely on a little help from her sanctuary caregivers to help her through this major life event.

In the wild, chimpanzee social groups are comprised of multiple males and females. Since the Jane Goodall Institute – South Africa’s Chimpanzee Sanctuary, also known as Chimp Eden, has already rescued as many orphaned chimpanzees as they have space for, allowing them to breed would eventually make the wildlife center pretty crowded. To prevent this, but also to allow the chimpanzees to live in normal social groups with males and females together, the female chimpanzees at the sanctuary receive a contraceptive implant – the same kind human women use!

Recently, one of the adult female chimpanzees, Nina, started displaying unusual behavior, such as drinking excessive water and having low energy. Suspecting kidney failure, the veterinarians anesthetized her to perform a physical examination. Feeling an abdominal lump, they had growing concerns that her issue could be a tumor. Fortunately, additional tests revealed the tumor was in fact a baby on the way! Like in humans, contraception is not a 100% guarantee of protection against pregnancy. At only 9 years old, Nina was also pretty young to be pregnant. Most wild chimpanzees won’t have their first baby until they are 12-15 years old.

Since Nina had grown up in a sanctuary where older females were not having babies, she hadn’t had opportunities to learn how to be a mother through observation. When her male infant, Thabu, arrived, Nina seemed confused and overwhelmed. She didn’t even know how to carry him properly, and she sometimes carried him upside down! Of most concern was that she didn’t breastfeed him during his first four days of life.

Staff at Chimp Eden immediately began trying different methods to teach Nina how breastfeeding works. This started with showing a video of a chimpanzee breastfeeding, Unfortunately, Nina showed more interest in wanting to play with the ipad than watching the video.

Next, using a chimpanzee toy, they demonstrated to Nina how to breastfeed, but it seemed to scare her more than anything, possibly her misinterpreting the stuffed toy as a dead animal. How could they teach Nina?

Finally, a woman who lived near the sanctuary that had a baby of her own came to demonstrate to Nina how to breastfeed an infant. It worked! After one look, Nina successfully began breastfeeding little Thabu. Once staff felt confident that both Nina and Thabu were healthy, they were reintroduced to their social group, where Thabu’s new family immediately showed adoration and affection for this lucky “accident.”

Thanks to Jana Swart of Chimp Eden for sharing this beautiful story with PASA and thanks to all the staff at Chimp Eden for what they do for chimpanzees, even when one comes as an extra surprise! 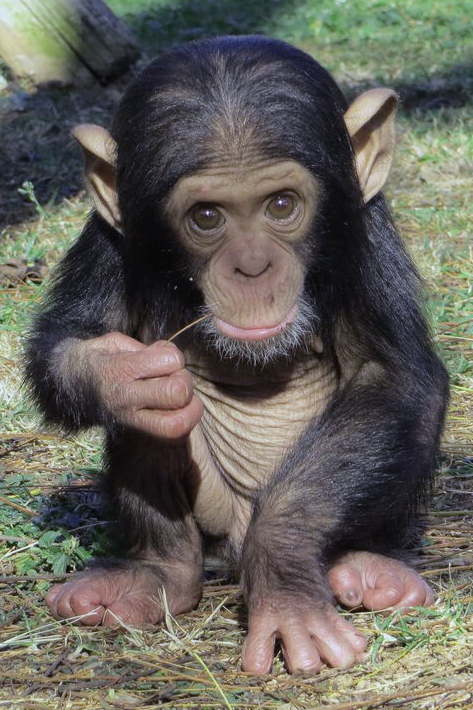 When Thabu was born, Nina didn’t know how to feed, care for or even carry him. She sometimes carried him upside down.

Once Thabu’s mother learned how to breastfeed, the infant thrived. 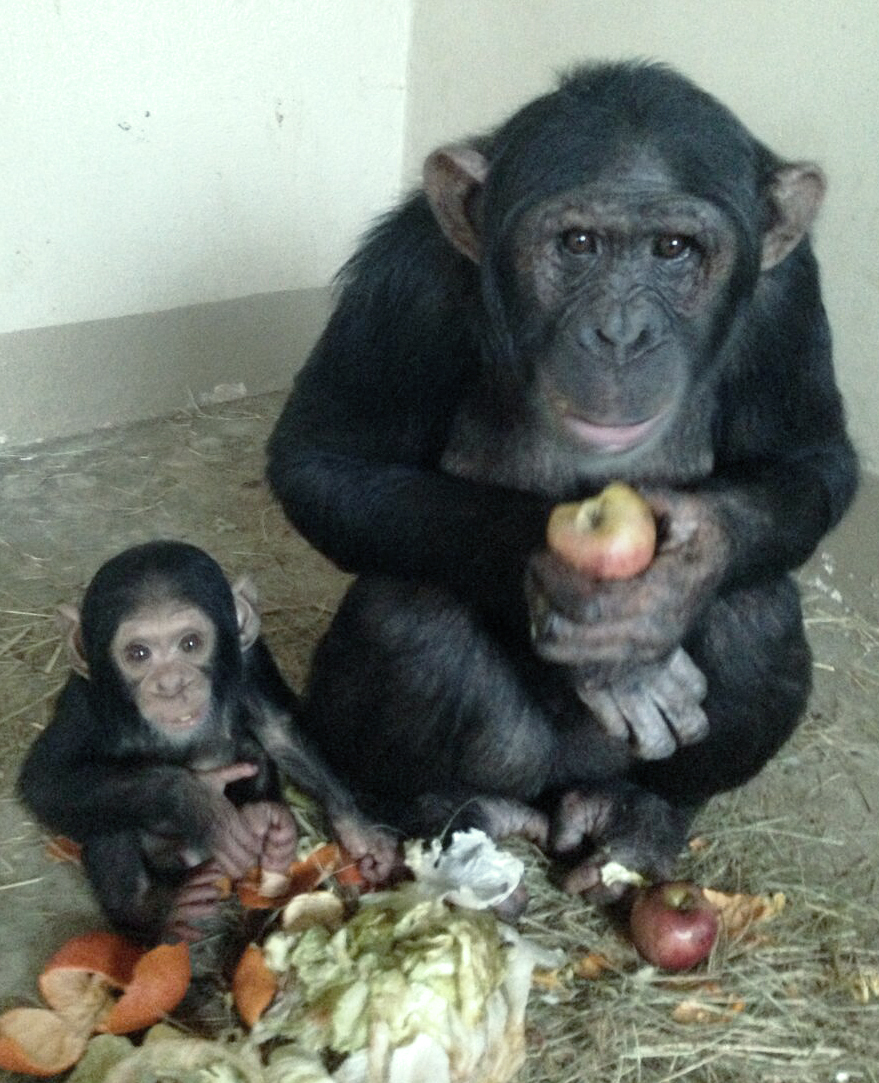