Staff were beaten and rhinos killed for their horns

An incredible act of violence occurred late at night on Monday, February 20th at the Thula Thula Orphanage in South Africa. Several staff and two rhinos were ruthlessly attacked by five heavily armed invaders. This is a painful reminder of the threats many wildlife sanctuaries across Africa face every day. We need your support to protect endangered wildlife from poachers.

Getting past security measures put in place, the attackers moved across the compound. Although the staff complied with all demands made by assailants, they were gathered together, brutally assaulted and bound. The invaders then shot and killed one adult female rhino, Gugu. They additionally shot male rhino Impi, who was not immediately killed. Impi endured hours of suffering until discovered by staff, at which point he was humanely euthanized because of his severe injuries. What could have possibly motivated such bold cruelty and violence?

The brutal nature and likely premeditated planning of this attack clearly demonstrates the growing tension between poachers and wildlife conservation groups.

Impi and Gugu, both 18 months old, were set to be moved to a release site within the next week. The release involves immobilizing the rhino and humanely removing the horn while the animal is anesthetized, a step taken to protect the animal from poaching attacks in the future. Suspiciously, this attack from poachers came within days of Gugu and Impis’ opportunity to live in the wild.

All the rhinos at the sanctuary are orphans due to the rhino horn poaching trade and have already faced extreme violence and trauma in life. Impi’s story in particular is a heart-wrenching one. He was found near his mother’s slaughtered carcass, where he waited for six days before he was rescued, still splattered with blood from the gunshot wound that had killed his mother when he arrived at the sanctuary. He was fortunate to find refuge and grow to adulthood at Thula Thula. Tragically, during last week’s attack he was brutally mangled and partially paralyzed to the extent that staff knew there was no choice but to humanely euthanize him. His tragic life shows just how difficult conservation efforts are when the financial rewards for poachers are so monumental.

The greatest fear going forward is that this is another step in the growing escalation of violence in wildlife trafficking. Despite ample security measures and staff being informed to comply fully in the event of such an attack, the brutality of this invasion is shocking. Rhino conservation in particular has faced severe violence in recent years, due to an ever-increasing demand for rhino horn in Asia. 1,215 rhinos killed in 2014 in South Africa alone, fueled partly by widespread corruption which facilitates poaching and smuggling. Increased security measures and risks for poachers may be a reason for poachers’ growing hostility towards conservationists.

Unfortunately, Thula Thula is not the only sanctuary to face such a brutal attack. Africa has a diverse collection of countries and an even greater diversity of cultures. However, dictators staying in power for decades has become somewhat of a norm, particularly across central Africa. Through rigged elections, changing laws or sometimes just a refusal to step down, dictators stay past their welcome point and that can create tension. This can cause protests, violent retribution from the government, poverty and desperation. Political instability also hinders the opportunity for ecotourism, which has been proven to be a great motivator for countries to protect their local wildlife.

In eastern Democratic Republic of Congo, tensions are consistently high for all residing there, including multiple wildlife sanctuaries. Lwiro Primate Rehabilitation Centre, a PASA member in eastern DRC that rescues chimpanzees and monkeys, is constantly threatened by this violence.

Attacks from rebel groups towards the Okapi Conservation Center and at the Virguna National Park were discussed in an earlier PASA entry. The Congo Basin is a wealth of many natural resources and this region has been in a state of warfare for decades. In the past, the United States has been responsible for being one of the biggest supporters of the political turmoil by purchasing resources like cobalt, but sanctions have reduced this. Donald Trump has recently proposed a new policy that would nullify the US Conflict Mineral Rule, passed in 2010 with bipartisan support. If successful, this would allow U.S. companies to purchase conflict minerals from the Congo Basin without public disclosure.

Just as this attack at Thula Thula has spiked the fear of increasingly audacious acts of poaching across Africa, an unprecedented attack occurred not in a rural African wildlife sanctuary, but at a European Zoo. During the night on Monday, March 6th, a captive white rhino named Vince was shot and killed at Thoiry Zoo, located just outside Paris. One of his horns had been completely removed, while the second only partially taken, likely due to the attacker’s tools breaking or an interruption to the heinous act. As African wildlife sanctuaries constantly consider ways to increase security, zoos must also now consider the threat of poaching.

The tragedies that unfolded at both Thula Thula Sanctuary and Thoiry Zoo are painful reminders to all of us the risks that come with conservation. Gugu and Impi’s deaths need not be in vain if we all come together to support sanctuaries in their cause of rescuing, rehabilitating and releasing wildlife, as well as raising awareness of the damage done by purchasing products of poaching.

UPDATE: : At the time of writing, several suspected rhino poachers in South Africa have been taken into custody after two separate group arrests. The story is still developing concerning the Thoiry Zoo attack. Future updates will be posted on PASA’s Facebook page. 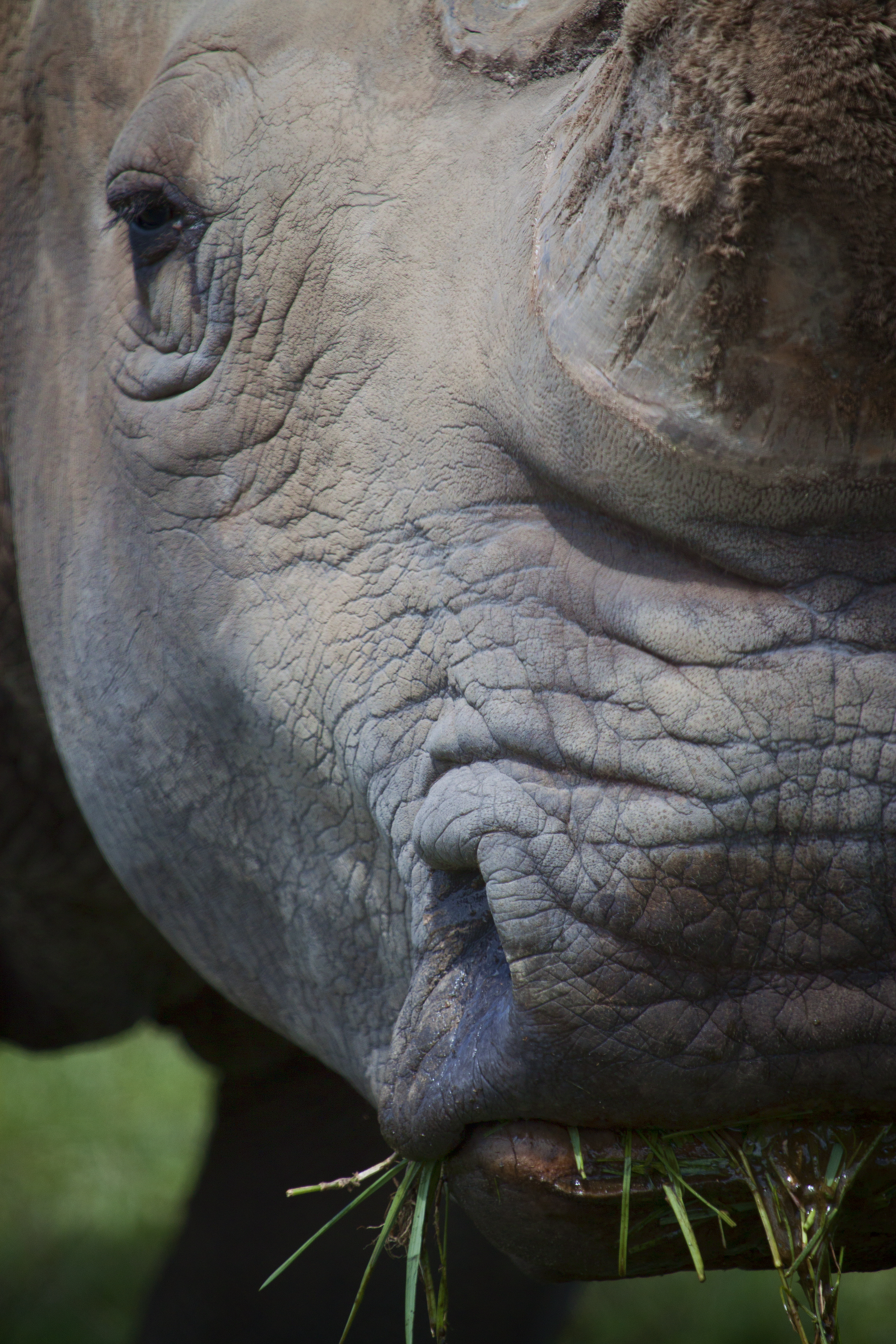 White rhinos are hunted and killed for their horns. (Rhino photos by Hein Waschefort, top of page, and Tom Fawls, above.) 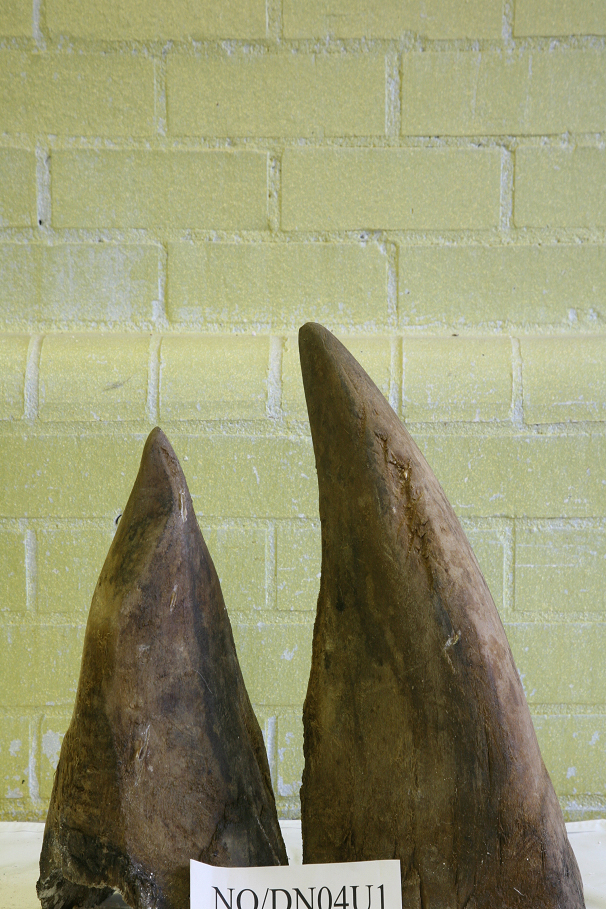 Rhino horns are in increasing demand in Asia.

← Returning to the Wild: Possible but Costly New Study Shows the Impact of PASA Members on Primate Protection →