Bonobos and Chimpanzees, Which Ape is Which?

Bonobos and chimpanzees offer great insights to human evolution, but they are often confused for each other. 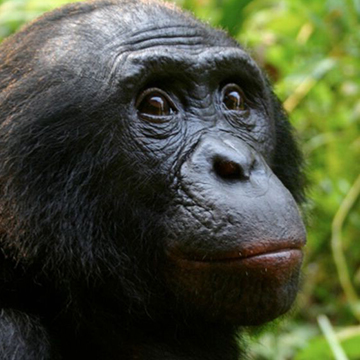 Many of us were raised with the belief that our closest genetic relatives are chimpanzees. However, we now know that we share approximately 98.7% of our DNA with chimps and bonobos. Both species are more closely related to humans than gorillas or orangutans, and we can gain many insights into human evolution by studying the abilities and behaviors of these animals.

So, what are the key differences between chimps and bonobos? These species not only differ in appearance, but also in their social structure, behavior, and emotions.

Bonobos are graceful apes. Their long legs, narrow shoulders, and small head add up to a slender build. This contrasts with the strong and sturdy chimpanzee. While chimps age into a darker face, bonobos are born with a darker face and pink lips.

One of the biggest differences between our evolutionary relatives is that in bonobo society females are in charge. This is possible because female alliances work to prevent any male aggression, making up for size with numbers. The females ensure peace within their community and between their neighbors, contrasting with the often hostile interactions between chimp groups. Male chimps live in a society ruled by competition exhibited through sexual aggression and conflict that is sometimes deadly. Bloodshed is a trait shared by chimp and human society, but rarely seen with bonobos.

Peace is almost universal across bonobo communities. They have never been known to kill their own kind, and they have evolved to avoid conflict. In response to conflict, bonobos release a stress hormone that encourages social bonding for reassurance. In contrast, when presented with the same scenario, chimps secrete testosterone, which is related to aggression. Studies of evolutionary differences between chimps and bonobos have been conducted at many PASA sanctuaries. Lola ya Bonobo, a PASA wildlife center in the Democratic Republic of Congo, is the only sanctuary for bonobos in the world, helping to rescue, care for, and release them.

Research at Lola has found that bonobos are considerate and empathetic, even to strangers. Bonobos prefer to share their meals, even with bonobos not in their social group. One of the ways bonobos avoid conflict related to food sharing is through sex. Bonobos use social sexual contact, colloquially dubbed as the ‘bonobo handshake’, to diffuse tension and avoid conflict. Sexual activity is casual in bonobo society and isn’t confined to female-male relationships. Many people believe this behavior is the secret to the peaceful nature of bonobos, especially in comparison to the competitive nature of sex within chimp troops. Within chimp society, alpha-males guard fertile females and often fight over reproductive success.

Chimpanzee and bonobo societies are incredible reflections of our own cultures and offer us a chance to reconnect with our ancestors. PASA members and our community of supporters are committed to protecting our (not so) distant cousins, ensuring their safety for generations to come.

Tragically, both chimpanzees and bonobos are victims of the illegal wildlife trade. These highly intelligent animals are torn from their mothers and sold through social media, often to a life of abuse and neglect. PASA’s petition is fighting to end the sale of primates through social media. It only takes a moment to join our movement and keep these iconic species in their forest homes. Sign the petition here! 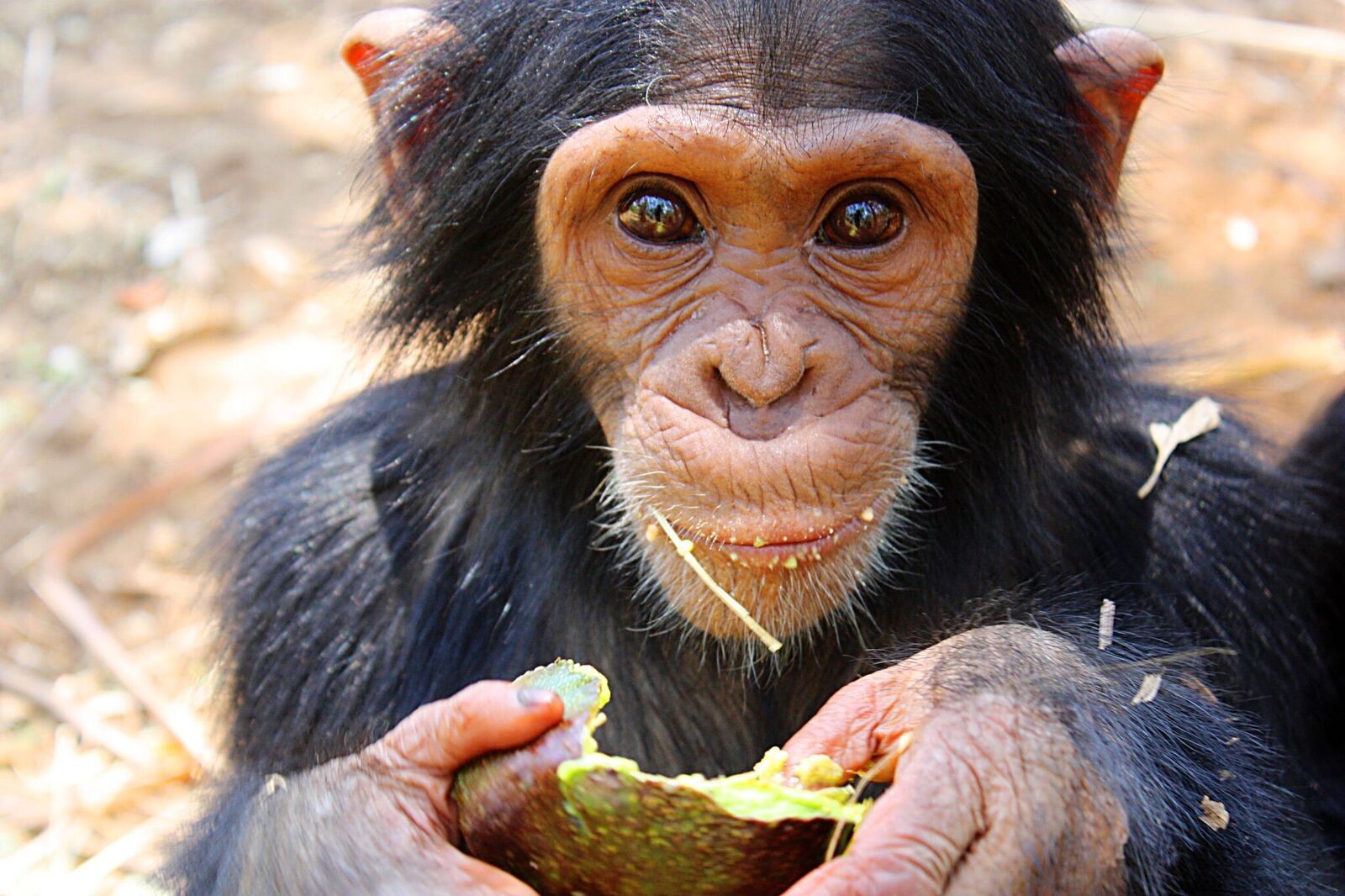 Unlike bonobos, young chimps have light-colored faces that get darker as they age. 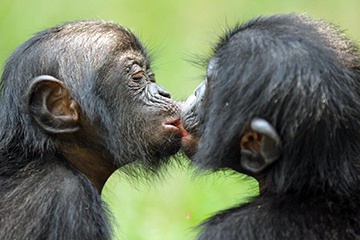 ← Against All Odds, Fourteen Bonobos Find Their Way Home! Is Volunteering Abroad with Primates for You? →
PASA