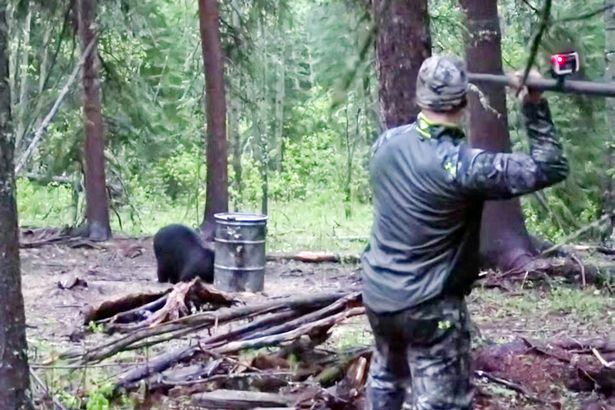 When the American dentist Walter Palmer killed Cecil the lion in Africa in July 2015, it brought global awareness of the cruelty of trophy hunting to a new height. The backlash against the hunter was staggering, partly because many people were disgusted by the methods used to lure Cecil out of the national park and get an easy shot at him.

Prior to killing Cecil, Walter Palmer had been arrested for wrongfully killing a black bear in Wisconsin. Now a new trophy hunting tragedy has come to light.

Josh and Sarah Bowmar of Ohio, USA travel the world killing large animals, including many in Africa. A gruesome video shows them using a trash can full of bait to attract a black bear in Alberta, Canada. Josh Bowmar then threw a seven-foot-long homemade spear at the bear from only a few yards away and captured the horrific incident on video from multiple cameras.

The spear tore more than two feet into the bear’s body. As the bear ran with the spear impaled in its side, the spear hit a tree and ripped out the bear’s intestines. The hunters didn’t find the bear until the next day. The bear likely died a slow, excruciating death which might have taken as long as 20 hours.

Bowmar has been widely condemned by the hunting community as well as people worldwide who feel compassion for animals. Furthermore, many people have found his joy and unbridled enthusiasm deeply disturbing.

The hunter about to maim an unsuspecting black bear 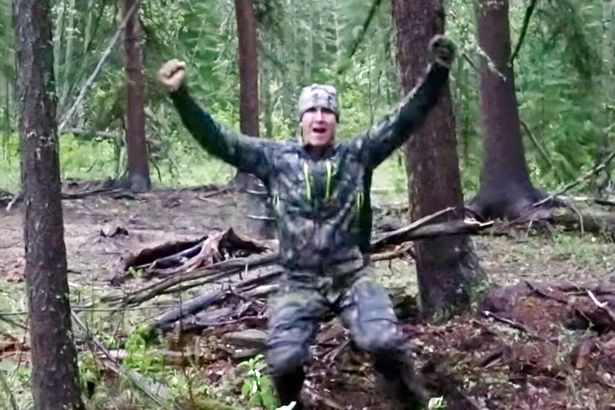 This incident is an example that the issue of trophy hunting and its tragic consequences for wildlife are not restricted to Africa.

Less than a day after the video on YouTube became widely known, the government of Alberta condemned Bowmar’s actions and called for an investigation to determine if he violated any laws. However it seems that everything he did may be legal. While baiting bears is widely looked down on by hunters and is outlawed in most U.S. states, it is permitted in some areas. Additionally, in Alberta, hunting with spears and other primitive weapons is allowed although they often cause needless prolonged suffering.

The Alberta government has committed to banning spear hunting in the autumn.

People are sickened by the joy he derived from the killing