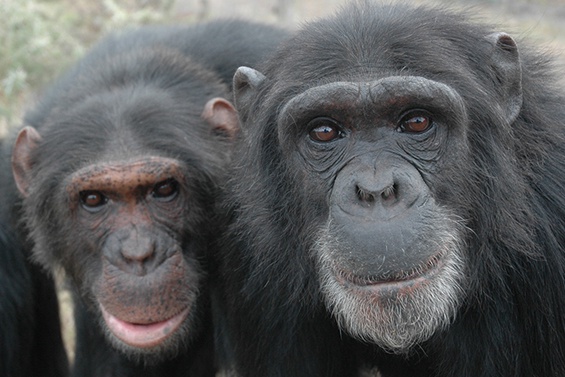 African Primates.  Learn about the fascinating lives of chimpanzees, gorillas, monkeys, and bonobos.

Threats to Primates.  The illicit wildlife trade, the hunting endangered species, widespread habitat loss and human-wildlife conflict have put our closest relatives in peril.  As human populations in Africa increase and wildlife habitat is decimated, people and wildlife increasingly compete for resources with results such as wildlife destroying crops and killing livestock. The deadly ebola virus  has devastated human and non-human primates alike. It has claimed the lives of thousands of animals and threatens the existence of critically endangered great apes.

They need your help!

Jane Goodall, a trained primatologist and one of the world’s most influential conservationists, has shaped the landscape of the preservation of great apes.

Dian Fossey was one of the most iconic primate researchers of our time and is known for her study of the behavior of Rwanda’s majestic mountain gorillas.

CITES is a worldwide agreement to protect endangered wildlife from being traded internationally in ways that threaten their survival, including Africa’s great apes and many monkeys.